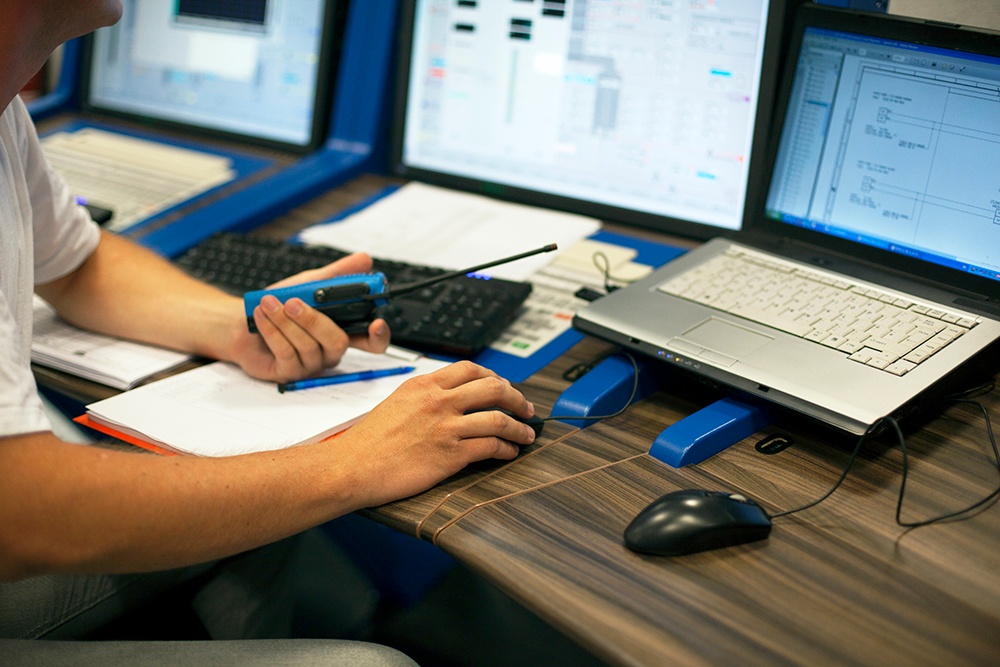 Nowadays, the vast majority of businesses and public sector bodies make sure to have some way to notify employees in the event that there is some kind of problem. This can be a safety-related emergency such as a fire at a facility, or it can be a problem with production equipment or related devices. The most common way to handle this is by using an alarm system. This enables staff to quickly let managers know about an issue and start getting it resolved. However, existing alarm systems do have some intrinsic shortcomings that can be addressed by  implementing to a critical alarm management system.

Most alarm systems follow a fairly straightforward process (at least on paper) in order to trigger a response and alert the relevant personnel. First of all, a staff member will commonly trigger the alarm by manually activating the system (such as via a simple push-button) after noticing a problem, this will then send a signal to a centralised control room where alarms are monitored by a dedicated team. Alternately, an automated system using sensors may send an alert to the control room. The control room staff will then send a message to the appropriate response team in order to have the issue  investigated further and dealt with as fast as possible.

Whilst an alarm provides a lot of value,  it has significant disadvantages when compared to one without a critical alarm management system applied. For instance, control room staff are subject to the potential for human error and can miscategorise or even fail to notice an alarm notification entirely. This is especially true if they are under a heavy workload, as stress, understaffing and tiredness can impact enormously on the performance of employees. Outsourced control rooms will sometimes suffer from these issues, as they are responsible for monitoring multiple sites, organisations and dealing with a huge amount of potential incidents. Furthermore, it requires the staff to know exactly who to contact in order to deal with a given issue, possibly slowing down the response time if there are communication difficulties. Aside from potential errors, a control room will prioritise alarms according to their seriousness and deal with them accordingly, creating a chance that a minor but costly problem may go unattended to for some time if higher priority calls at other sites take precedence. Additionally, if a given incident is simply too complex or too dangerous for on-site technicians to deal with, it may be some time before this is realised and then communicated to the control room. In the meantime, further damage may have been done or secondary issues may have started to crop up, causing additional financial or physical risk.

To nullify these issues, organisations can instead look to start managing critical alarms with an automated system. Existing processes and staff can be kept in place, but the addition of a server-based application integrated to an existing alarm system can provide an instant alarm when a problem occurs. The automated system will sound the alarm in the control room, but will also initiate a response. This can be done by sending out preset notifications to staff directly on their mobile phone (app, SMS, voice call)  in order to take steps to fix the issue. The same goes for when an employee triggers an alarm manually, meaning that they will not be kept waiting for a long period of time whilst control room staff try to organise other personnel.

Aside from improving response times, other advantages of critical alarm management systems include the ability to quickly diagnose faults and thereby request a more proportionate response. This raised level of efficiency means that companies can save money in the long term, as downtime due to malfunctioning equipment or other difficulties is substantially reduced. It also makes for a better working environment, where employees know that they can depend on the alarm system to not only allow them to meet deadlines by mounting a fast response to disruptive issues, but where the alarm system will also provide a quick response in the event of a health and safety emergency.

As a critical alarm management system will also send out messages automatically to the specified response staff, ensuring that the incident can be dealt with as fast as possible no matter its level of seriousness. If no confirmation is received from a response team within a specified time limit, then the automated system will simply escalate the alarm to the next level until senior staff are directly made aware of what is happening. Management is also given a decent picture of what is happening on the ground, as interactions between the system and response teams are kept to a minimum and include relevant data only.

This ties into one of the high-level advantages of a critical alarm management system: the capacity for improved information gathering. Instead of relying on human staff to manually log their actions as an event unfolds, the automated system will simply track the actions of personnel based upon the instructions being sent out and the replies being received. This readily allows issues to be broken down into their constituent parts, not only to find an immediate solution, but also for analysis after the emergency is over. By using this data, companies can continually evaluate the manner in which alarms are dealt with and adapt their processes accordingly. This means that as time goes by and more callouts are requested, the response becomes more and more efficient, improving safety and efficiency levels.

By using fully automated systems, we can reduce the level of risk posed by critical incidents whilst also causing minimal disturbance to pre-existing alarm procedures. Workers and control room staff can still continue to function as normal, however the extra level of efficiency provided by a critical alarm management system acts as a further shield against problems in the workplace.