Why do Production Alarms Go Unanswered For Too Long? 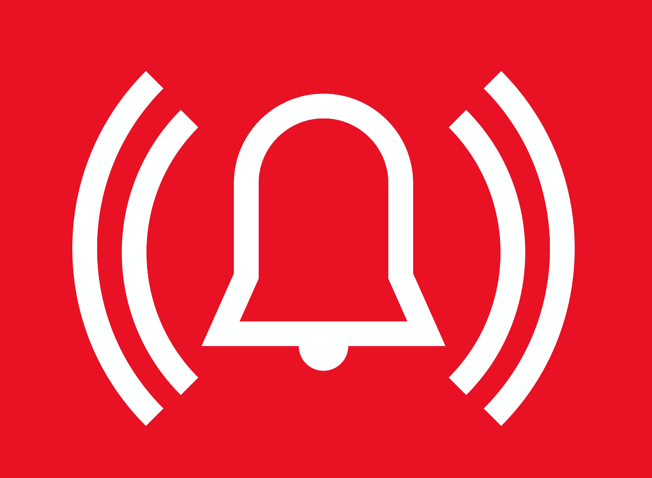 By now, a great many of us are aware of the implications of not having a critical alarm system in place. There’s the potential for unplanned downtime, for exorbitant wastage and cost and, more starkly, there’s the potential for grievous injury, and sometimes even death. These worst-case scenarios are every company’s nightmare, and so it is important that preventative measures are taken to avoid these incidences occurring. However, let’s imagine that a company has taken heed of these warnings, that they have taken the necessary steps to ensure the efficiency and safety of their employees and business. This is all well and good but, there’s another aspect that must be considered: are these alarms being promptly answered and quickly resolved? Implementing an alarm system is only one part of the puzzle when it comes to obtaining optimum efficiency. The final piece of the jigsaw involves ensuring that an alarm mechanism is coupled with agile response times. Here we identify some of the key culprits behind alarm response delays…

A fully integrated and bespoke alarm system should be mindful of these three key areas:

To ensure that this chain of events is fully adhered to, it is important that companies have a distinct idea in mind of who they want their critical alarms to be sent to. One of the most prevalent reasons for inefficient alarm response times is incorrect allocation. For instance, let’s imagine that a machine at a production plant is malfunctioning, subsequently jeopardising the company’s output. The company have procured an intuitive alarms system that can recognise the error and promptly trigger an alert. As promising as this might sound, its success is largely contingent on the right people picking up the alert and knowing (through education on the subject) how to respond to it. Failure to direct critical alarms to targeted personnel could result in wastage cost and considerable unplanned downtime.

Yet, for all its repercussions, the misallocation of alerts to unsuitable members of staff is surprisingly common. It should be noted that it has been estimated that 70% of unplanned downtime is often caused by human error. Therefore, when implementing an on-site alarm, it is important to devise a robust plan that includes ample consideration for who the intended personnel on your team is.

Another reason why production alarms often go unattended for long periods of time is alarm fatigue.  This is a term coined by researchers to denote the desensitisation that occurs when workers are bombarded with alerts that are not necessarily relevant. This sensory overload means that operators are often unmotivated to respond to critical alarms because of the sheer abundance of them; many of which turn out to be nuisance alerts. For instance, in 1994, the Texaco Milford Haven Refinery saw an explosion and fires break out at their plant situated in Wales. The direct cause of the incident was an electrical storm that resulted in plant disturbances. However, this situation was worsened by the fact that, prior to the incident, staff were subjected to five hours’ worth of incessant alarms that were not prioritised correctly. During the last 11 minutes of the explosion, the two operators that were on duty had to identify, acknowledge and act upon an estimated 275 alarms. Ultimately, twenty-six people were injured at the site and £48 million worth of damage was incurred.

The problem of alarm fatigue is compounded further when you consider that, at some companies, there is only minimal information about the root cause of an alarm. In situations where this occurs, a convoluted multi-stage approach often ensues. This typically involves the person tasked with responding to the alarm having to alert their shift co-ordinator or relevant superior who then, in turn, must seek counsel from a skilled engineer.  Often, in cases such as this where an existing alarm system is inadequate, information regarding a particular fault can only be found by inspecting the machine itself or by conducting an investigation via the control room.

Clearly, this is a protracted and time-consuming process and, more problematically, this can have huge ramifications for businesses in regards to lost production time, material wastage and, more critically, staff safety.

Therefore, it is crucial that when trying to procure an alarms system, companies opt for a system that can automatically distribute detailed alerts to relevant personnel. This automated process can optimise efficiency, maximise output and ensure that operatives remain as responsive as possible due to machine alarms that can quickly deliver information and distribute messages to uniquely skilled recipients.

Lack of a plan

Alarm response times can also be stymied by a lack of priority at the top-down level. The dynamic nature of modern businesses often means that what is important is constantly shifting. This can mean that, once a company has adopted an alarm system, the subject of alarm efficiency is often seen as resolved. However, this is a short-term outlook and overlooks the fact that alarm management is constantly evolving. This understandable but dismissive attitude to alarms technology often results in companies relying on an alarm system that is adequate but not comprehensive or robust. This could be due to financial limitations or due to a ‘one-size fits all’ approach to alarms that fails to recognise the uniqueness of each company’s requirements.

This outdated stance can have profound consequences; not only can it drain operational efficiency by ensuring that alarms go unresolved for too long, but it can also have more widespread repercussions. A powerful example of this is the explosion at the Buncefield Oil Depot in December 2005 which was caused by a tank overflow. Inadequate alarms coupled with an overwhelmed staff created a toxic culture of ill-advised practices which culminated in a crucial alert not being triggered. Subsequent reviews found that there was a lack of operator confidence in the alarm system prior to the event and supervisors had fashioned their own contingency plan by introducing a small alarm clock in the control room which acted as an additional reminder that tanks were nearing full capacity.

Obviously, the Buncefield case is an absolute worst-case scenario (it is estimated that the total cost incurred was close to £1 billion), but we can see how important it is to adopt a comprehensive alarm system that can identify an incident and carry this message through to its resolution. Failure to devise a robust alarm philosophy that provides a best practice of what alarms do, who they are intended for and how they need to be responded to, creates a lack of confidence that can have dire consequences for team morale and even more dire consequences for response times.

Equally, the addition of group calling functions can ensure emergency response teams are able to open a channel of communication and talk to each other with the simple touch of a button. By ensuring a constant dialogue can be maintained site-wide, wireless communication can improve overall safety and maximise efficiency. Let’s envision a typical assembly line breakdown: an alarm signals that a switch is malfunctioning. The operator alerts his supervisor who then pages the maintenance staff. However, the maintenance technicians do not hear the page and production remains halted while costs accrue. This is an all too familiar scene at many production plants up and down the country. Precious time and expenditure being wasted because of a convoluted process that could easily be optimised to halve company downtime. Therefore, one of the hidden causes of response time delays is ineffective communication. Along with alarm optimisation, modes of communication must be explored when it comes to ensuring production alarms are promptly resolved.

Overall, there is a lot to think about when it comes to production alarms and it can be easy for employers to want to save themselves the headache and just stick to their pre-existing system without any refinement. However, this is a short-term view that probably won’t benefit your company in the long run, both in terms of reputation and efficiency. If you want to ensure that your company remains agile and productive for years to come, it is important to think in the long-term and focus on the whole picture when it comes to alarm efficiency.