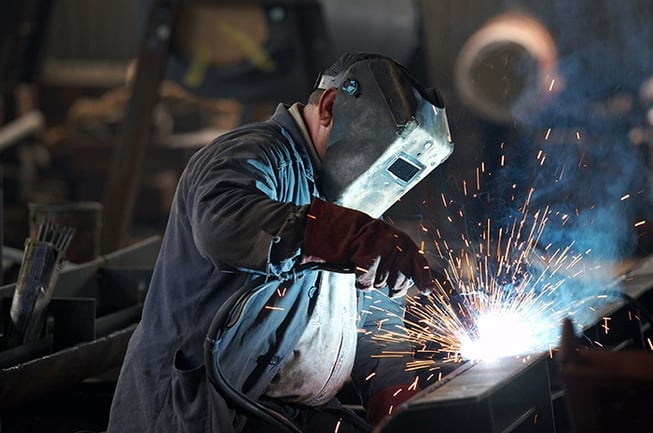 There is no doubt that modern businesses are extremely concerned about the health and safety of their employees. However, the fact of the matter is that management can sometimes view such practices as vast expenditures of capital as opposed to a better means to ensure the welfare of their workers. This may cause specific protocols to be curtailed while others could even be abandoned entirely. Unfortunately, it is not only the worker who will suffer. In order to fully appreciate the importance of implementing the appropriate measures (such as a dedicated lone worker app), let us examine a handful of instances when safety faults have profoundly affected business operations.

This Grimsby-based manufacturer was recently fined no less than £3 million pounds by the HSE when an employee was pelted with a corrosive liquid known as titanium tetrachloride. A tank was ruptured when this volatile substance came into contact with water; a situation that could have been easily been prevented if the correct safety procedures had been put into place. Thankfully, the employee was not alone when the accident occurred. Had this been a lone worker situation, the results may have been much more serious indeed. This was actually not the first time that such an incident occurred. Crystal Pigment was also forced to pay in excess of £37,000 pounds worth of court fines.

A more tragic example of safety breaches can be seen in relation to this Hemel Hampstead-based manufacturer. A large CNC machine needed to be moved to a different location within their factory. After unsuccessful attempts were made with a forklift, a lone employee was asked to address the issue. He lifted the unit onto skates with the help of jacks. Unfortunately, the machine was not properly balanced and the individual did not possess the proper qualifications or training to attempt such a move. The unit fell and he was crushed to death. The fact that the worker was asked to accomplish this task alone further exacerbated the situation. Parker Hannifin was fined no less than £1 million pounds following a lengthy investigation by the HSE. More funds were likely lost due to excessive downtime as well as legal fees.

According to recent data released by the Health and Safety Executive, a total of 621,000 employees sustained some type of non-fatal work-related injury in the 2015-2016 fiscal year (1). More than 200,000 of these employees were forced to miss work for more than three days while no less than 152,000 were absent for seven business days or longer.

The main takeaway point here is that businesses will face far greater capital losses during such circumstances. Some examples can include:

Any money "saved" as a result of bypassing the necessary safety protocols is therefore certainly outweighed by fines and other logistical concerns.

What Can be Done?

The HSE is always helping to ensure that incidences of workplace accidents are few and far between. Indeed figures have indicated that the number of these situations has declined in recent years. While this is good news, there is no denying the simple fact that it is the responsibility of management to make certain that their employees are protected at all times. This is particularly relevant during instances when a worker may be required to perform tasks without the help of others. A few common examples include:

There is simply no reason that these situations should present a greater risk than others. Thanks to the use of modern technology, devices such as a lone worker app now have the ability to reduce response times in the event of an accident or similar emergency. The point is that all employees need to be made aware of the benefits that such devices can provide.

It should also be mentioned that there are many other means by which management can educate their employees in regards to dangerous situations and habits to avoid. Orientation, regular training, employing the "two-man rule" when applicable and providing proper safety equipment should all be mandatory practices within the workplace. In addition, it is the responsibility of management to make absolutely certain that all current HSE regulations are followed. Companies could face financially crippling situations otherwise. This says nothing about grievous personal harm, lost wages and even death.

A Small Investment for Big Returns

It is completely understandable that manufacturing firms are always concerned about how and where they allocate their financial resources. However, it cannot be denied that sacrificing personal safety is never an option. In the most severe of cases, firms may even be forced to cease their operations entirely.

These are the primary reasons why lone worker safety applications and other modern implementations need to be put into place sooner as opposed to later. In order to fully appreciate how such technology is revolutionising workplace safety, managers are encouraged to download this free guide. As regulations continue to evolve, the manufacturing industry will have to take lone worker safety even more seriously than ever before. Serious injuries and major accidents can often be preventable and through proper oversight, it is hoped that such instances will become a thing of the past.