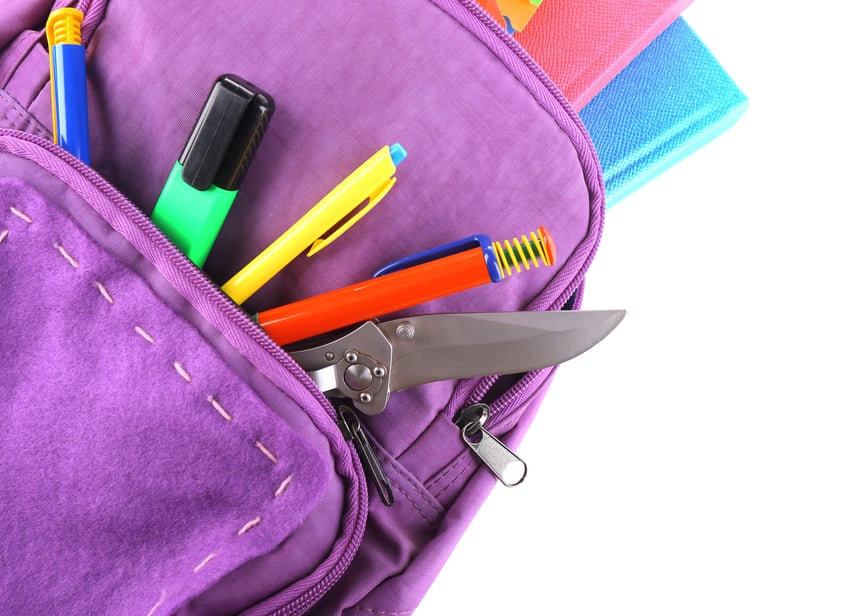 Schools are facing tough times as the numbers of violent incidents in classrooms and on the premises increase. Failure to address the issues surrounding violence in schools can lead to dire consequences. In addition to the injuries and fatalities attributed to school violence, it can also result in pupil exclusions, Ofsted inspections and a loss of teaching staff. Here we will examine the recent case of a murdered schoolboy, the types of violence teachers face and the importance of effective telecommunications systems. In order to avoid the most serious ramifications, head teachers and school business managers need to implement comprehensive schemes to be able to deal with instances of violence rapidly and effectively.

The level of pupil-on-pupil violence in schools has escalated dramatically over the past decade, with some cases resulting in fatality. The murder of a fifteen-year-old boy in Willesden, London is one recent tragedy that has shocked the nation. The boy was stabbed to death outside his school, the Capital City Academy, by a male of the same age. Initially attacked at a bus stop after school, the victim ran back to the academy to seek safety but was caught and stabbed multiple times in front of dozens of fellow-students. The tragic incident, which took place in January, is reflective of significant increases in both knife crime and school violence.

The Capital City Academy student who lost his life as a result of school violence was Quamari Serunkuma-Barnes. A precocious lad, he could cook a roast dinner by himself and held his own in conversation with adults. He had not been bothered about being the only boy in his dance class and maintained his love for old-school reggae music despite his peers being into grime. His sister described him as a role model with a heart of gold. A fellow-pupil left a note at the school gates near where Quamari was stabbed stating, among other things, that he had stood up for them when no one else had. Quamari remained conscious on the way to hospital but was unable to survive his injuries, which included a stab wound to the chest and a haemorrhage. The local community raised almost forty thousand pounds in under a fortnight to cover the funerary costs. Thousands of people payed tribute to Quamari as his coffin was taken through the streets in a horse-drawn carriage en route to his funeral. It is such a tragedy that the promising life of this teenager was cut short due to school violence.

Four in Ten Teachers Are Subject to Physical Violence

It’s not just pupils who fall victim to school violence. Teachers are often on the receiving end of attacks from their students and from parents, with 2016 statistics indicating that forty percent of teachers experience violence in the workplace. The most commonly reported violent incidents are shoving, kicking and objects being thrown, while more serious attacks include stabbing with knives and improvised weapons like scissors and even pencils. Another type of violence that can endanger students and staff is arson attack. In addition to physical violence, ninety percent of teachers report verbal abuse in the form of shouting and swearing. Teachers who are victims or witnesses of school violence often consider leaving the profession. This is particularly apparent among newly qualified and trainee teachers, of whom three quarters think about quitting, according to a 2015 survey by the Association of Teachers and Lecturers (ATL).

Punishment for serious or repeated student violence is often permanent exclusion. Unfortunately, schools that demonstrate a sharp rise in exclusions or a consistently high exclusion rate are likely to face an Ofsted inspection. If this results in a poor report, not only can the head teacher lose his or her job, but the school is likely to incur an irreparable reputation. The teachers themselves may suffer permanent damage to their physical or mental health, and many of these victims seek compensation via litigation. Nationwide, schools and councils collectively pay tens of millions of pounds in compensation to teachers annually.

Although it may not be possible to eliminate violence altogether, teacher safety can be drastically improved through the implementation of adequate telecommunications systems. It should be noted that not all school violence takes place on school property. Incidents also occur in the vicinity of the grounds and while on school trips. Sometimes staff members other than teachers, like school liaison officers, are the victims of violent attack whilst performing a home visit to a student. As such, a telecommunications system needs to be able to summon help quickly, easily and reliably.

Choose A Range Of Alarms

There are various types of alarm to suit the different situations that teachers and other school staff are frequently in. For example, mobile phone apps and personal alarm devices are practical when teachers are in the classroom or on field trips. Timed personal alarms are ideal for staff who work out of school hours as they will send an alert if a user fails to respond when the timer expires. It is important to choose a variety of alarm types so that all staff have the most appropriate one for their needs. Ensure that alarms operate using a cloud-based system. This means that no hardware will need to be installed and maintained at the school. Alarms also need to make it easy to pinpoint the location of a triggered alarm and enable responders to hear what is going on so they can better respond to the situation. There is a lot to consider when selecting suitable alarms for school staff. However, the benefits of an efficient telecommunications system can dramatically reduce response time and the severity of violent incidents. Due to the compact, software-driven nature of modern alarms, they can be a hugely cost-effective method of improving teacher safety.