The Dangers Facing Teachers at School 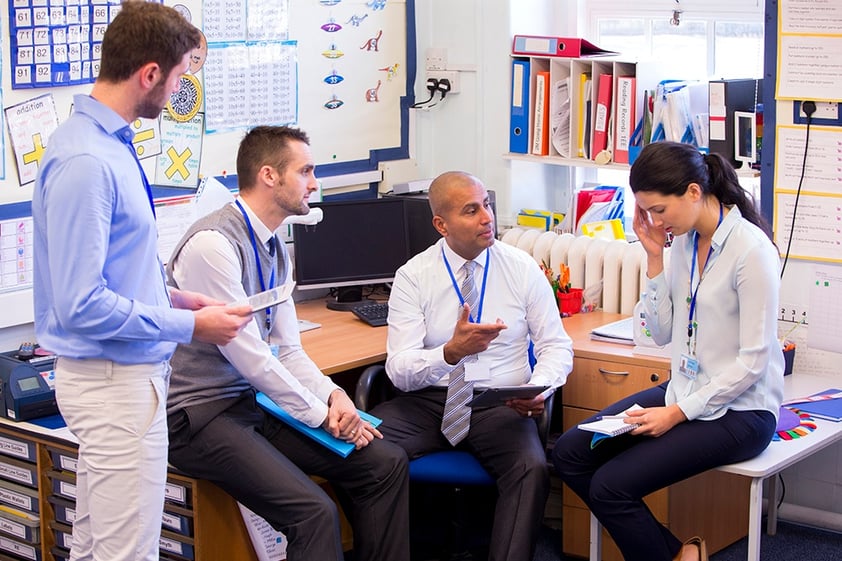 Each day of the school week somewhere in England a teacher faces some form of abuse from a pupil. Assaults on teachers are now considered so common in some schools leading to lower reporting of incidents. According to statistics from the 2016/17 Crime Survey for England and Wales (CSEW), teachers and education professionals suffer higher than average rates of violence at work. Violence against teachers isn’t from pupils alone, but parents and guardians in some instances. This article discusses the different types of abuse and violence students and teachers face.

Life in the classroom is often different to what most new teachers imagine. The reality of taking charge of a classroom is quite different. The challenges it brings sometimes comes as a shock to new teachers. New teachers have to get used to poor pupil behaviour in classrooms, increasing workload and bigger class sizes. Having to deal with verbal or physical abuse from students and sometimes parents add to the stresses of modern teaching.

Local Authorities and schools put in place a lot of safeguards to protect pupils against abuse from teachers and support staff. While schools focus on the wellbeing of pupils, teachers feel there is little protection from abusive parents.

In many schools, there is no guidance on school staff protection from online abuse by students and their families. Recent research by NASUWT, the Teachers Union reveals the scale of online bullying of teachers. The research also shows more parents are contributing to teacher abuse, using Facebook to post vile comments about their children's teachers.

Some Social Media posts go as far as accusing teachers of being paedophiles or having sex with pupils. Other complaints by teachers include comments about their appearance, the sexuality of their competence in their job. Threats of abuse are also rife on sites such as Snapchat, Twitter or Instagram. Teachers are often reluctant to complain about such abuse because they fear the reactions of parents. Those who took part in an anonymous survey indicated some headteachers were reluctant to bring up this type of abuse in public. Protecting the schools' reputation appears to be more important than teacher wellbeing in some schools.

What action do schools take when students threaten teachers in the classroom? Schools work on guidelines from the Department of Education when it comes to pupil discipline. One measure in common use in dealing with teacher abuse is exclusions. Official figures from the Department of Education show that in England alone 60,000 fixed-term exclusions were given for verbal assault against an adult. Aside from exclusions, teachers can also discipline students for misbehaviour in school, on school trips or even outside the school in special circumstances. Yet, exclusions remain one of the highest disciplinary sanctions before an expulsion.

When parents threaten teachers though, there is little teachers, let alone schools can do. Especially when the threats and abuse take place on Facebook and other Social Media platforms. Teachers usually report any abuse to the platforms involved but often they take no action. Beyond requesting the parents to remove the material there is little else teachers can do. This lack of support from schools is why teachers unions are calling for the government to take the issue seriously.

Local authorities sanction parents for taking children out of school during term time. Fines and threats of legal actions appear to reduce the instances of term-time holidays. Would a similar zero-tolerance stance against the abuse of teachers by parents work? How would schools manage such a policy and would there be a need for police involvement? These questions all come up in a quest to make schools safer for staff, giving them the confidence to do their jobs. Posters in public places such as hospitals and council offices remind service users they do not accept abuse against staff. Teachers seek a similar level of commitment to their safety and wellbeing while at work.

Schools and the Department of Education need to do more to protect teachers against abuse. There are strict guidelines in place to ensure staff and pupil safety in the classroom. What is lacking is an effective system to ensure teachers receive protection when outside of the classroom. With an increasing number of teachers facing abuse online from pupils' parents, schools need to do more.

Safeguarding staff and students require more than policies and procedures. As this article has shown, some schools are not doing enough to protect teachers from abuse by parents. The nature of the attacks and abuse, via Social Media, makes it hard for schools to take action. While ANT solutions cannot provide the answer to the issues in this article, they can make teachers and pupils safer in school. If you would like to discuss our solutions and find out more about how they can help improve safety for staff and pupils in your school, contact ANT on 01494 833100 today.