A Career in Teaching and Coping With Stress 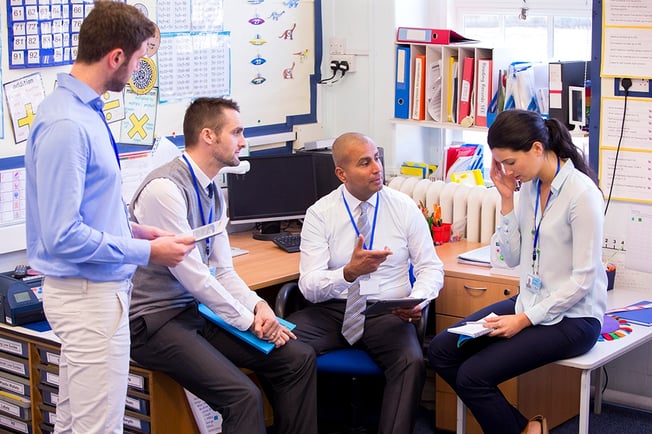 The journey to becoming a fully-fledged teacher isn't short, nor the decision to embark on such a career a light one, it's a profession earning a bad reputation for itself these days. A love of learning, perhaps inspired by a few good teachers during their own school years, is a reason most people give for choosing to dedicate their life to education, hoping they too can have such a big impact on inquisitive young minds. This has been the case for centuries, and it should continue to be so.

Yet, according to statistics published by the Health and Safety Executive (HSE), a career in teaching is twice as stressful as most professions, and most teachers quit before they get a chance to make the impact they envisioned.

Workload, increased violence in the classroom and a lack of support are major reasons teachers quit. And while it's true many do make a return to the classroom, just as many run for the non-teaching hills, vowing never to return; stressed-out, defeated and completely disillusioned about their career choice. So, what's going wrong?

Workload may be a hot topic, but there's a new kid on the stressor block now, and a more sinister one: the children. Suffering measurable levels of abuse from their pupils, physical or verbal, was probably low on most new teacher's concerns. But most do suffer abuse in the classroom, and violence in schools is increasing by 6% per year. Students are not just spitting at teachers and kicking over tables in fits of fury, now they're making weapons too - children as young as seven attacking teachers with them.

The tabloids have been filled with horrific headlines about students attacking teachers, sometimes fatally. The exact reasons aren't always known, but when everyone's under pressure, there's always potential for trouble.

What do you do when your entire school's staff crumble and bail? If you feel as stressed at they do, then you follow them.

Despite there being no secrets around how stressful a job it is, one of the biggest issues for many teachers suffering from stress is that they can feel isolated. Often told, especially in the infamous tough first year, that it's just part of the job, that they've got to toughen up (like everybody else). This can result in them feeling they can't confide in anyone, which causes more stress.

However, for one school's teachers, it all became unbearable and they quit; feeling just as stressed-out as their staff, two head teachers quit too.

Pressure is rising as regulations get stricter

Our Lady of Lourdes Catholic school in Kingswood, Bristol, saw its entire teaching staff walk out due to stress. In recent years, the school's SATs have fallen below government standards, and many of the teachers had already taken sick leave because of stress-related illnesses.

Although there were no violent incidents, with both students and teachers in such a high-pressure environment, there easily could have been. Stress, regardless of its reasons, is a major contributor of many accidents - it's why people act and think irrationally.

Stress comes in many disguises: workload, abusive children and their parents, bad leadership, plus the everyday challenges we all face and the healthy work-life balance we strive for. Often, it's not always one factor, but a combination, neither of which would be entirely unbearable alone. However, combined, different sources of stress impact our general well-being, so when something sudden happens, like there's an accident or an attack, our decision-making abilities are also impacted. It's why we need help.

An inability to think and raise an alarm is often the reason for inaction during a crisis. This isn't something you would hold against anyone in a stressful or violent situation unless they're a trained soldier or police officer equipped to handle it. Whether teachers need military training to handle a career in education is debatable and probably seems a little far-fetched?

But the next best thing might be to have a safety audit to uncover and help eliminate any potential problems and threats. Besides looking at normal health and safety concerns like trip hazards, a safety audit looks at other aspects, like places on school grounds which might benefit from better security, even if it's only improving visibility by trimming back shrubbery or installing better lighting.

Personal alarms and other security considerations

As technology advances so fast, it's necessary to update the technology you use for your school's security systems too, including any standard alarms. Physical threats like intruders are something schools never had to think about before, and now there's data theft.

Today, there are lots of new systems which can be linked via telecoms and internet networks, and includes equipment like specialist handsets designed to trigger alarms routed directly to designated people such as colleagues and head teachers that can quickly assist.

Smartphone apps are also available for downloading to personal mobiles. Features include SOS and man-down alarms, all being triggered at the push of a button or motion sensor-activated. With most people carrying a mobile phone, if you work in a stressful environment where there's a potential for being attacked, knowing you can get help easily and quickly is literally a life-saver. It goes beyond peace of mind.