School Shootings: Something We Need To Worry About? 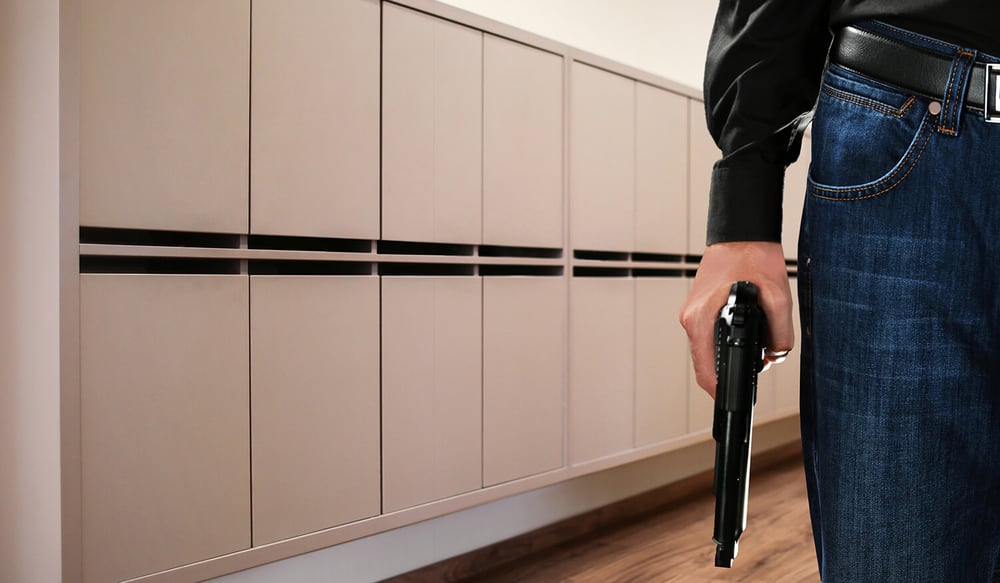 Every school takes sensible measures to prevent their students from coming to harm, particularly from violence inflicted by other pupils or intruders onto the premises, which can take the form of a wide number of scenarios.

Perhaps the most dreaded of these events is the school shooting. Although these acts have been largely confined to the United States, they do still manage to grab headlines worldwide due to both their brutality and their chilling implications. However, whilst many people assume that firearms are unable to pose a threat in countries where they are heavily regulated (such as the UK), this is not necessarily the case.

Over the past few years, gun crime has steadily risen, with 6521 shootings taking place between March 2017 and March 2018, marking a rise of roughly 25% from 2016 levels. ONS statistics also show that more than one in five victims were under the age of 20. Coupled with a similar rise in gang violence involving children, some people have been left worried that it is only a matter of time until a shooting takes place in a school, even leaving aside the issue of potential terrorist acts. However, there are some measures that schools can put in place to protect their staff and students in the event that a firearm is used.

The first priority in any case of serious violence is to raise the alarm as quickly as possible. Ordinarily, staff may try to do this by sending a student to inform other teachers, by making a phone call or by activating a fire bell (which may just add to the confusion). However, if they are prevented from doing this by a possible assailant, then they may have few other options. Alternatively, they could use MPERS (also called 'mobile personal emergency response devices'), which are small single-function devices that can be easily carried by staff and which raise a high-priority alarm when activated by sending data to a central alarm system, giving the teacher's positional data to other staff members in the process. These devices take just seconds to activate and are small enough to be used without alerting a potential attacker, giving the staff member the opportunity to try and defuse the situation if possible.

The way in which MPERS can communicate with other staff members is via a dedicated emergency app that can be downloaded to smart devices and desktops, giving teachers a centralised place where they can raise alarms and track the progress that is being made towards resolving them. Staff can use their phones and tablets to update the app with relevant information as an emergency situation develops, and will receive relevant notifications to their devices. In the event of a shooting, this gives teachers a tool with which they can quickly and effectively communicate what is going on as they work to move their students out of harm's way.

The app can also be used for more mundane matters as well, functioning as a scheduling aid for routine maintenance callouts as well as a log for smaller issues such as minor accidents and requests for classroom assistance between staff. Thanks to a system of prioritisation, employees will only need to receive notifications pertaining to alarms that they are directly linked to or ones that are of a very high priority. This means that communication can be kept clear and effective when other alternatives are not viable.

Tying these pieces of hardware and software together is the 'critical alarm management system', which functions as an automated guide for any alarm call. Instead of relying on a human to relay an alarm to the relevant workers, the system can receive the alarm information via the app or via a dedicated device,  and then send out notifications in just seconds. This prevents human error (such as simply missing the alert) from potentially allowing a serious situation to go unacknowledged for any length of time. The system will also flag any high priority alarms for attention from senior staff members, which lets them make a judgement as to whether more definitive action needs to be taken.

Rather than acting as an outright replacement for the safety systems that a school may already have in place, the critical alarm management system is specifically designed to be a bolt-on upgrade package that can be installed in whatever manner may be required, leaving some functionality out in favour of existing systems or for later expansion. Modularity and customisation are key in making a system that is a good fit for the end user, allowing them to operate with a maximal level of safety, even in an extreme crisis such as a school shooting.

ANT provides a large array of health and safety products for use in a variety of industries and workplaces, ranging from chemicals to manufacturing to education. All of these products can be combined together to create a bespoke health and safety solution for any organisation looking to protect their staff in even the most high-risk of environments. Educators are under unique pressures when it comes to balancing innovation with the fast-paced nature of teaching, which makes introducing new hardware and processes oftentimes difficult. For this reason, ANT has designed many of their products to be as unobtrusive and intuitive as possible, massively reducing training times and enabling proficiency to be quickly attained.

It should also be borne in mind that whilst these systems may seem like overkill for the vast majority of schools (for whom threats like gang violence or shootings are extremely remote possibilities), critical alarm management systems and their associated hardware can be used to tackle a wide variety of emergencies. By having a state of the art health and safety system in place, schools can prevent smaller incidents from both threatening the wellbeing of their students and from causing undue disruption to the working day. This means that staff and students can be protected without having to sacrifice the integrity of the learning experience.