Education – Why There Is A Demand For School Safety Innovations 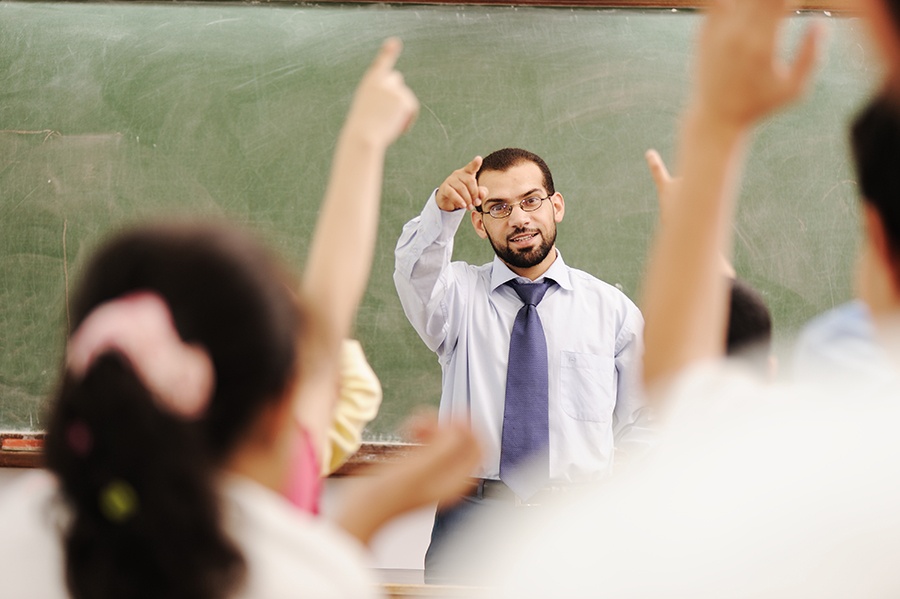 A central component of delivering education is ensuring the safety of both the students and members of staff within a school. Usually, this is thought of as a matter of protecting against unforeseeable circumstances such as fires or accidents – issues that can easily be tackled by involving staff and students alike in regular safety drills and training. However, the potential danger posed by people themselves is something that is harder to anticipate.

Incidents of violent behavior in schools have increased markedly over the past few years. Over a quarter of UK teachers reporting that they have been subjected to attacks at least once a week, whilst just under half report that they have received regular direct threats, this according to studies by the NASUWT teaching union.

These violent incidents typically involve students during school hours, with some events being spontaneous outbursts (sometimes found in cases where young children have special needs) or targeted forms of harassment from older pupils which are deliberately intended to intimidate or harm staff. Obviously, different kinds of bad or dangerous behaviour require different methods to deal with them, but what remains constant is a need to ensure that staff have physical support near at hand and to ensure incidents are quickly reported. Also, parents themselves have threatened or acted violently towards teachers, which can pose an even greater risk than attacks from children, increasing the need for a quick response.

Alongside this behavior towards staff, violent incidents between pupils have increased as well, both within and outside of school premises. This further adds to the burden placed on teaching professionals, as they can now expect to have to regularly defuse potentially dangerous situations as students come into conflict with one another. It also adds an element of risk to activities outside of school grounds, such as educational trips and visits to specialised facilities, where some pupils may see an opportunity to start confrontations away from staff. In all of these instances, a robust and rapid system is needed to alert responsible parties of a potentially dangerous situation.

Conversely, intruders forcing access to the school can also pose a risk to both students and staff, especially after hours. Whilst this can be mitigated somewhat by requiring adults to sign in at a reception area and wear clearly displayed identification passes, it does not preclude the possibility of someone choosing to simply break into the school. Whilst it is common for many intrusions to simply be a parent looking for their child (typically during familial disputes) who poses no threat, this is not always the case, with some intruders being intent on harming staff or students or causing property damage to the school itself. In such cases, teachers need to be able to quickly summon help from other staff and the authorities in the event that confronting the individual does not solve the problem.

Whilst technology is often thought of as disruptive to the learning process (i.e. pupils being distracted by their smartphones and tablets), it can in this case be harnessed to create a safer learning environment for everybody in the classroom. Automated alarm systems improve reaction times and remove a lot of guesswork if set up properly, allowing notifications of an emergency to be passed quickly from staff members on the ground to their colleagues with minimal input. No fire alarm-style levers need to be thrown and no sirens need to start ringing, enabling staff to calmly respond without having to go through any complex procedures.

This can be especially useful for dealing with children with special needs, who teachers may not necessarily be able to leave unsupervised whilst summoning help. It may also be the case that the act of raising the alarm will agitate them further and only cause the situation to deteriorate, making more subtle means of getting assistance essential.

Basic systems can integrate with existing devices in the school network, using wifi or phone signals to transmit an alarm from a simple smartphone app to other members of staff. The benefits of this are threefold. Firstly, most people will have their smartphone within easy reach at all times, meaning that reaction times to an alarm are decreased immensely as staff will immediately be alerted to a dangerous situation. Secondly, it disguises the act of raising the alarm as simply habitually checking a phone, avoiding the potential escalation of a confrontation that could ensue from pressing a publically visible button in the classroom. The third benefit is cost, as the lack of a requirement for new hardware means that school safety can be improved whilst still remaining within a strict budget. For an even faster and less obtrusive way to raise the alarm than a smartphone, schools can issue their staff with mobile personal emergency response devices, which can be operated quickly and under stress, using the aforementioned networks to summon help to a given location.

For more serious situations where it may not be possible to openly raise the alarm, teachers can have a mobile personal emergency response device installed under their desk or carried in a pocket to act as a ‘panic button’ of sorts. This can be especially useful if the teacher is involved in a face to face confrontation with someone, as it allows them to continue to attempt to resolve the situation through dialogue whilst simultaneously bringing colleagues to their aid.

One such comprehensive alarm system is Safety at School, which is specifically tailored for educational environments where speedy response times are necessary. The Safety at School system has been created by ANT to provide an answer to the problems listed above, namely the need for a discrete reporting system that integrates with existing technology to both reduce costs and improve reliability. By using an automated system, the burden for passing on information about an incident can be taken from staff and placed on the shoulders of the alarm system, allowing them to concentrate on resolving the situation at hand whilst knowing that help is on the way. Furthermore, automating school safety in this way reduces the amount of extra training required for staff to be able to use their existing alarm system, making it much more likely that they will be able to efficiently summon help if the need arises. In this manner, teachers can better protect themselves from harm and students can be allowed to continue learning with minimal disruption in a safe environment.