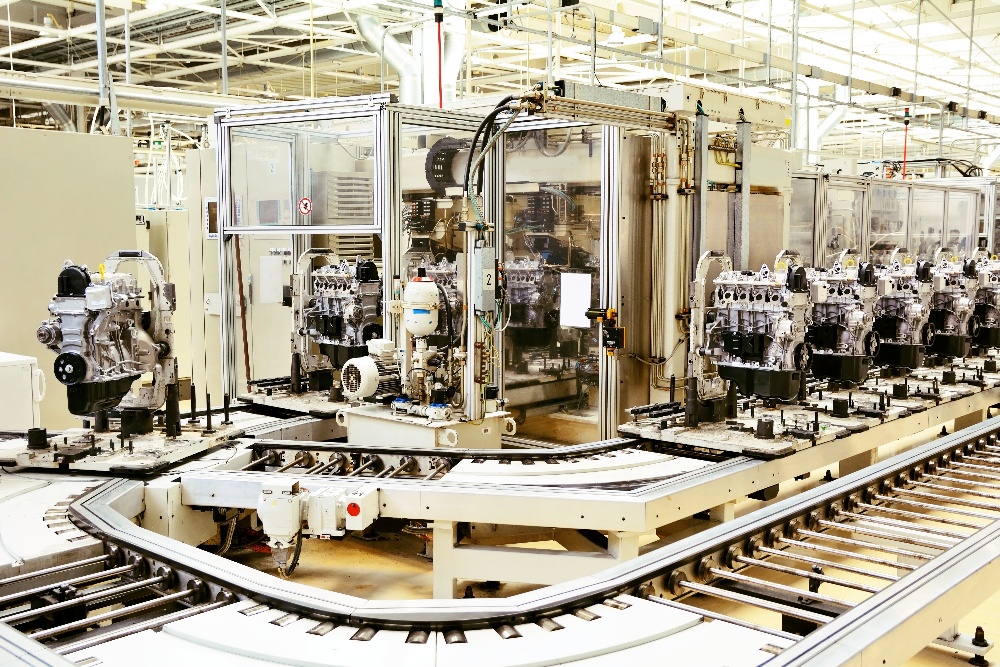 Machine to machine communications have developed at a breakneck pace over the past few decades, becoming a vital facet of many products, services and industries. But what exactly is machine to machine communication and what are the most recent developments? More importantly, how can we use this technology in a factory setting to improve efficiency and safety whilst simultaneously decreasing the workload placed on our staff?

Machine to machine communication (also commonly abbreviated as M2M) is the passing of data between various computerised devices without the need for humans to manually copy information from one machine to the other. These typically involve a mix of autonomous sensors, the internet and personal computers passing data between each other. Sensors harvest the raw data and pass it through an internet (or intranet) connection to other computers, which interpret the information and send it as necessary to human controllers via another connection to traditional personal computers. Typically, the end result will be a readout of data harvested from different sources and combined to give the end user a high level view of what is going on. The full M2M meaning is that it allows vastly complex networks to form and complete difficult tasks.

This can be seen in many everyday things that we take for granted, such as a modern car engine, where different sensors and computers communicate to regulate things such as fuel flow and temperature completely by themselves and update the driver via a dashboard display. A traffic light system also uses machine to machine communication, where various inputs govern the flow of vehicles throughout the day and a human in a control room monitors the situation for faults. Alternatively, sensors deployed throughout elements of critical infrastructure (such as electricity grids and railways) interact in order to provide human controllers with relevant and timely information that can then be relayed to human operators and technicians on the ground. Machine to machine communication requires different levels of human interaction depending on the particular setting it is being used in.

More relevant to businesses, however, machine to machine communication is commonly found in factory facilities. Most complex machines will pass information to desktop computers operated by members of staff, from where the more detailed aspects of their operation can be monitored or modified (with different schedules and tasks being added as needed). This forms the basis for most modern production lines, whereby different pieces of computerised machinery will interact with one another in order to ensure that work flows smoothly. Additionally, information gathered by sensors on the factory floor will be fed into a reporting system that feeds back to a central control room, allowing the entire facility to be monitored.

However, such a facility is still dependent on human monitoring and interaction with vital systems in order to be kept running. This is because control room staff will be the ones required to categorise any problems as they appear and organise an appropriate response by contacting the right specialist personnel. As the alarm system delivers alerts of varying priorities (which can involve anything from a simple scheduled maintenance requirement or a full-blown industrial accident), the control room will have to operate at a high level of efficiency in order to deal with the sheer volume of issues that will crop up on any normal day. With human staff being left responsible for this task, it is only a matter of time until a mistake is made. Distractions, stress, illness or just a high workload can result in critical issues being miscategorised or even left unattended to, resulting in serious problems that can slow or even halt production.

However, machine to machine communication can be taken to another level in order to improve the situation dramatically. A critical alarm management system is a quintessential example of this. Acting as a bolt-on addition to a company’s existing alarm systems, the critical alarm management system acts as a buffer between the data being provided by various devices throughout a facility and the staff in the control room. When critical alarms  are triggered, the automated system will forward the alarm to the team responsible for dealing with those issues,  all without the input of the control room team.  This means that the control room staff will have their workload substantially lightened, allowing them to concentrate on more detail-oriented assignments without wasting their time on menial tasks. It also means that response times to incidents will be faster, reducing downtime and ensuring that losses are kept to a minimum as a result of serious problems. As the critical alarm management system automatically assigns technicians to deal with faults, the chances of low-priority jobs being forgotten or postponed are lessened, further reducing the chances of a serious incident occurring in the first place (such as a machine breakdown due to lack of maintenance).

The critical alarm management system also takes machine to machine communication a step further, by centralising all information related to a particular incident under one roof.  This ensures that the specialist staff responding to an alarm can have all the relevant data at their fingertips by logging into the alarm system on their devices. Management can also use the system to track workers’ progress in resolving an issue without needing to waste time scheduling meetings or making direct enquiries, as all updates pertaining to a callout are stored as needed. Furthermore, if response teams do not acknowledge receipt of the alarm,  the system can escalate the issue to other staff to make sure it is dealt with.

To conclude, machine to machine communication is rapidly becoming an indispensable part of modern manufacturing businesses. By utilising a critical alarm management system such as those developed by ANT, companies can cut downtime and increase efficiency, allowing managers and workers alike to have a clear understanding of the situation when faults and accidents do occur. Furthermore, there is no need to conduct extensive retraining, as the system simply bolts on to existing alarm infrastructure unobtrusively, offering seamless integration with existing processes. This gives a large boost to productivity, whilst simultaneously lowering the amount of effort required to run a production facility on a day to day basis.