Why is Lone Worker Training so Important 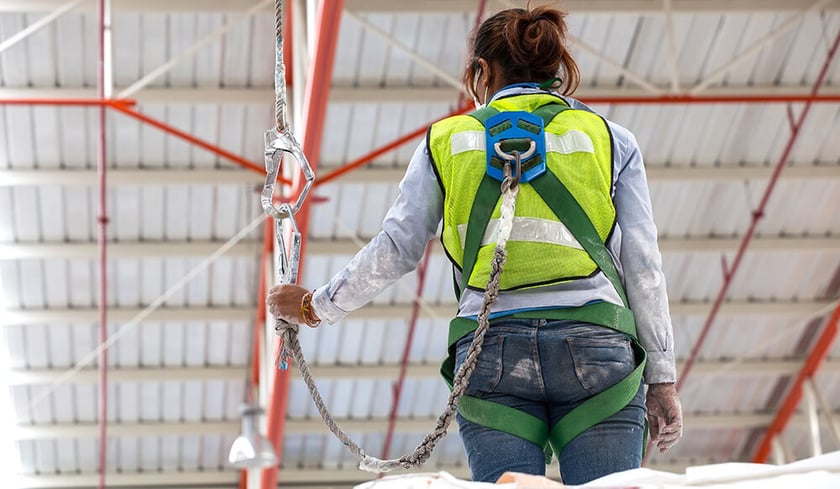 One of the primary concerns of any employer is that their staff should be both competent at their job and able to deal with emergencies as they arise, reducing the risk of damage to company property or even an employee being injured. This is especially true of lone workers, who are entrusted with a great deal of responsibility and often carry out tasks that have a large impact on operations (such as maintenance of key equipment).

Thus, conducting regular and effective training is a vital part of ensuring both the success and safety of these employees, who seldom have colleagues to turn to for immediate guidance. Training is also important so that they know what to do in an emergency situation where their health or even their life could be under threat. However, as technology has improved over the past few decades, many employers are starting to ask themselves what improvements can be made to both training courses and general health and safety procedures in order to protect both their workers and their property from harm.

In most large industrial facilities or manufacturing plants, employees will often be drilled about what to do in an emergency. This often consists of raising the alarm by either hitting a specific alert button or by radioing a warning to a central control room. This reliance on trained workers to do the right thing is all very well, but an individual can only take things so far, especially in a complex and hazardous workplace where the situation may be developing very fast and where new equipment can necessitate new training and drills. This cuts both ways, with control centre staff needing training too, less they make a mistake when coordinating the response to an emergency and cause significant damage or extended downtime.

However, by embracing automation, we can largely eliminate these concerns. A critical alarm management system is a computerised tool for dealing with problems as soon as staff raise the alarm. Once flagged on a centralised system, the alarm is is sent to the relevant responders who are notified of the situation via their mobile devices. If they do not acknowledge receipt of the notification within a set time limit, then the system will escalate the call to a senior manager to ensure the problem is dealt with.

This process takes just seconds, meaning that a lone worker can quickly summon help to their location for any given emergency. It also means that control room staff can focus on containing the problem rather than trying to hunt down the relevant personnel and then coordinating an initial response. As long as staff have the proper training, the system can be set up to deal with any potential problem by directing qualified workers to assist with an issue.

Once the initial response has been initiated, staff can update the system via an app which allows them to view the alarm in question. This then retains all relevant information and communications so that managers can see at a glance what is going on. Control room staff can then get a sense of the scope of the problem and redirect staff and resources as needed, reducing downtime and lost earnings or in the most serious situations saving lives.

The system app can also be viewed after the problem has been resolved, allowing senior staff to get a detailed sense of what went wrong and if training procedures can be improved to prevent the issue occurring again in the future. Another advantage of the app is that it is as intuitive as possible to use, with workers easily able to log problems and track them without requiring long periods of familiarisation. Saved time can instead be spent on job training, allowing them to focus more on their operating environment and key skills, rather than learning how to use new tech.

Alternatively,  by providing lone workers with wearable devices alarms  can be quickly activated in the event of a high-priority emergency such as a fire or serious injury where the worker is unable to use another means of raising the alarm. These devices are commercially known as MPERS (mobile personal emergency response devices) and function in a very similar manner to a panic button. Their small size allows them to be worn in virtually every environment and makes them less of a burden than handheld radios. Upon activation, the MPERS will raise a high priority alarm on the computerised system and will summon nearby workers to the employee's location to assist. The speed and ease of use makes them ideal for use by an employee who has been injured and needs medical help.

Whilst emergency training is vital part of maintaining effective health and safety, employees who find themselves incapacitated by a serious accident will be unable to put that knowledge into practice, meaning lone workers are often left vulnerable without regular checkups by control room staff or without actual patrols of the work site. Fortunately, some devices can still raise the alarm in the even of an emergency without needing to be prompted. ANT offers a range of smart devices that are hardened against damage and wear, however many of these phones  come equipped with the ability to detect things such as a person lying horizontal from the tilt sensor within the device. If this should happen, the device will prompt the employee to confirm that they are unhurt and if no response is received, it will automatically log an alarm.

ANT has a wealth of experience in multiple industries to draw on when it comes to manufacturing health and safety solutions for modern workplaces. Intended as bolt-on upgrades to existing safety systems and procedures, ANT products can be configured to meet the specific requirements of any customer and environment. Furthermore, the data-driven nature of the critical alarm management system provides managers with the ability to continually analyse and refine their methodology and training practices so that their lone workers can reap the full benefits of having a truly modern health and safety system on their side.