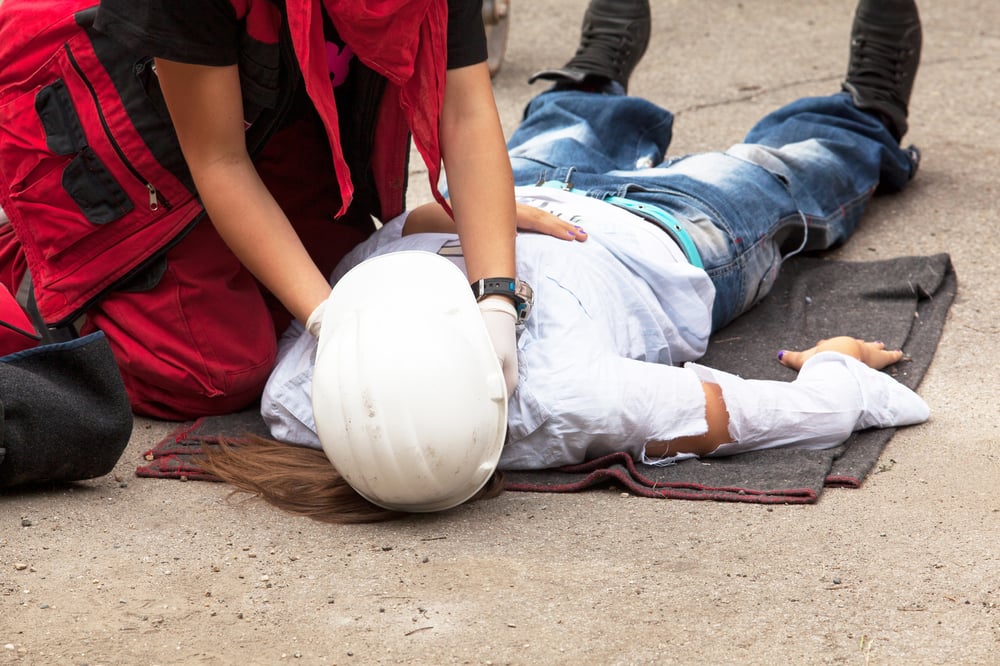 Lone workers can make up a large percentage of a workforce, particularly in the manufacturing industry. Many workers in factories, plants, and warehouses can find themselves working alone, even if it usually isn't considered part of their normal duties. There can be times where employees may need to work unsupervised or without assistance, to meet demands in the fast-paced industry. Regardless of the period of time an individual is working alone, health and safety managers need to implement robust and reliable safety systems. Managers must ensure that any lone worker can receive quick emergency assistance should they require it. An HSE report found that of the workplace fatalities reported between 2012 and 2017, 22 percent were individuals working in the manufacturing industry.

Discussing workplace fatalities is a sensitive subject, but one that is necessary for business owners to learn the correct procedures for protecting their lone workers. Looking at previous incidents allows us to identify areas for improvement in health and safety management to avoid similar incidents reoccurring in future.

In 2015, a manufacturing company in Hemel Hempstead was fined £1 million after the tragic death of a worker that could have been prevented (SHP:2016). 48 year old Colin Reddish was crushed by a milling machine, due to health and safety negligence. Mr Reddish was working alone at the time of the incident, highlighting the need for strong health and safety assessments, and proper planning for lone workers. The incident is thought to have occurred due to improper training of the employees tasked with moving the machine. Mr Reddish was responsible for cutting bolts that secured the machine to the ground after the machine was hoisted earlier in the day by other employees and placed on skates.

In late 2013, a worker was found face down after drowning at a water treatment works in Cornwall (HSE:2017). Robert Geach's death is said to have been preventable and a result of the company failing to correctly risk assess the task that Mr Geach was undertaking. Mr Geach was performing a maintenance task involving a sand filtration unit. He was found several hours after being seen working on top of the unit by a responder that was responding to critical alarms raised by Mr Geach's lone worker safety device.

21 year old Mark Bate was killed in a paper baling accident that could have been avoided (Letsrecycle: 2012). The 21 year old died after being crushed by machinery that he was operating alone. The incident is believed to have happened as a result of incorrect procedure, as Mark Bate was inexperienced in operating the machinery and should not have been left unsupervised.

The Cost Of Negligence

Negligence is often the cause of fatalities in the manufacturing industry. The three examples above show cases that were entirely avoidable. These incidents happened after employers failed to recognise the dangers faced by their lone workers. Improper planning comes with serious costs, human lives, and also large fines. All of the companies above were fined substantially following the incidents that happened as a result of their improper planning and negligence.

There are several considerations for health and safety managers when it comes to protecting their lone workers. With a large number of fatalities happening unnecessarily, it is paramount that those responsible for the protection of lone workers put every possible measure into place to prevent incidents from occurring. The following should be considered by all health and safety managers:

Many fatalities happen due to employees being improperly trained or inexperienced in the use of dangerous machinery. It is crucial that every employee is competent in the use of any machinery that they will be using, before being left unsupervised. No employee should be working alone, unless they have proven their competency. Managers should keep a training log and identify areas that need additional consideration.

Every lone worker should be able to voice their own personal concerns about their welfare to their employer. It is easy for lone workers to be forgotten about, and feel isolated from other employees in the company. This means that regular meetings with lone workers should be scheduled to help identify any areas for improvement. Often, a manager may be unaware of the dangers and risks involved in certain tasks as they have not been exposed to them. Meetings with hands-on workers with experience of the role will help managers to better understand the risks.

Once managers are satisfied that each worker is competent in their role, providing workers with devices that allow them to raise critical alarms is essential. Without these devices, a worker may have no means of communicating their distress in the event of an accident, and the consequences can be fatal. Along with an automated response system, the devices will allow employees to press a panic button quickly to gain the attention of a response team within seconds to give lone worker the best chances of survival. In addition to this, devices with integrated tilt sensors will automatically trigger an alert if it senses that an employee is unconscious.

Automated response systems are the most reliable, cost effective and flexible method as they will raise an alert to several responders until one takes charge of dealing with the emergency. This ensures that any lone worker that is in danger will always receive the help they require as quickly as possible. A fully automated response system will also alert the responder team when the alarm has been acknowledged, ensuring an efficient managed process.