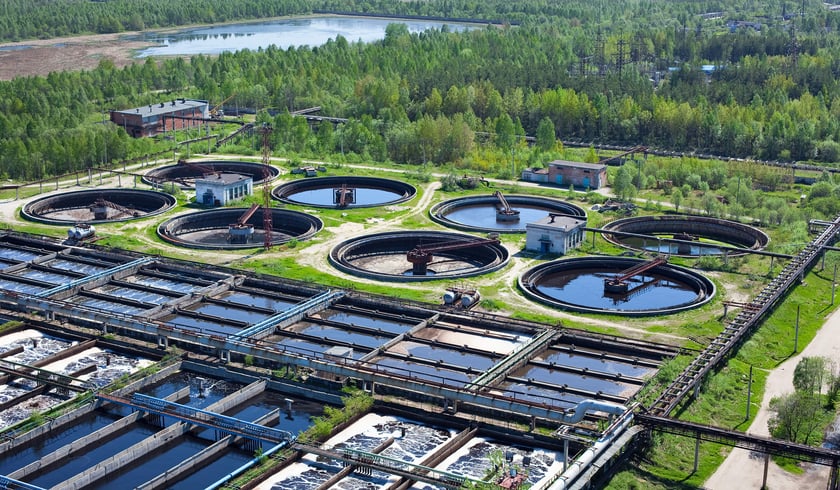 Most large facilities such as water treatment sites need a decent communications system in order to keep in touch with their workers at all times. This is because problems need to be reported quickly in order to prevent serious incidents from occurring and oftentimes, detailed information will have to be relayed between technical and managerial staff in a timely fashion. Additionally, the sheer size of such sites means that it can be especially dangerous for lone workers, who will need to be able to quickly report accidents in order to prevent themselves from being injured or worse. It is not uncommon for water treatments sites to simply have a telephone hotline that links to the main office and a series of panic buttons situated around the workplace in order to quickly raise the alarm. Whilst decades ago, this may have been considered a state of the art setup, nowadays we can use modern technology to not just prevent undesirable downtime of equipment, but also keep our workers safe and sound whilst they go about their jobs.

Whilst no utilities are immune to technical faults, water treatment sites can be especially sensitive to mechanical problems. This is down to several reasons. Firstly, the interdependent nature of a lot of the systems in place mean that one key fault can cause the entire facility to grind to a halt as water can no longer be filtered through the site, whereas a traditional manufacturing plant could still at least continue producing some limited components of their product. Secondly, the sheer size of some water treatment sites and the complexity of the equipment can make it hard to identify or locate a specific fault, especially when considering the small number of staff that will typically be assigned to an individual plant. Furthermore, clean water is vital not just for human consumption but also for the continued function of many businesses, meaning that prolonged downtime can have far-ranging impacts on a treatment plant’s stakeholders.

There are also plenty of physical hazards to workers as well. These range from the large bodies of water stored at the facility (which present a clear risk of drowning), to the actual holding tanks which can present a fall hazard to a worker trying to clean or inspect them. Additionally, large amounts of moving machinery will typically be present on site, along with an electrical system to keep everything moving. On top of this, there are the risks posed by the worker’s own tools and any minor hazards that can still result in injury. Whilst the vast majority of staff will carry radios or mobile phones with them as they work, these cannot always be used to call for help if an accident occurs. This is because the facility itself can block the signals from these devices owing to the presence of underground tunnels and large buildings, coupled with the fact that water treatment sites are typically constructed in remote areas with poor mobile phone signal coverage.

However, whether the problem is an accident that threatens the safety of a worker or a technical fault that could prevent the plant from functioning properly, a robust alarm system is needed in order to minimise the dangers. Whilst a regular alarm system will typically rely on alarms being directly raised and handled by staff themselves, this is not necessarily the best solution. Alarms will typically need to be processed by control room staff, who may make errors when assigning tasks , which can in turn lead to mistakes being made by the responding technicians. Instead, the process can be automated to produce better results.

A critical alarm management system bolts on directly to a site’s existing alarm system and takes over many of the duties that would otherwise be performed by human staff. As soon as a critical alarm is raised, the problem is automatically  passed to a team of engineers to handle. If a response is not mounted within a set period of time, the alarm can be escalated to a manager or alternative team. Furthermore, the critical alarm management system keeps all pertinent communications logged, making sure that relevant details are not lost. Whilst this ensures that maintenance is carried  out on-schedule and stoppages are quickly dealt with, it also means that alarms will receive a faster response time in general, improving health and safety for workers too.

However, no matter how good the alarm system, if a worker in danger is unable to let the system know what is going on, they won’t get help when they need it. As discussed earlier, traditional means of raising the alarm are not always effective, at times leaving lone workers without vital protection. Alarm buttons may not always be within reach and mobile phones may not always be usable during a crisis. Furthermore, if a worker is seriously injured, they could potentially be physically incapable of telling their colleagues even if their phone is working properly.

This is where we can use technology to help yet again. By using  safety devices that are both resilient and easy to use, we can make it simpler for workers to raise an alarm and know that a response will be mounted. ANT  offers a number of products that fall into this category, many of which are combined into a single smart device that can be used much like a  smartphone, only with a rugged construction that makes them resistant to serious damage. One feature is a simple motion tracker, which can send out a distress signal if the wearer remains completely still for too long (as if they were unconscious) and doesn’t respond to prompts to move the device. This can also be used to detect falls from significant heights, where the violent acceleration and stopping can be detected by the handset and then used to raise the alarm. The device can also warn the user and the control room staff if a worker moves into a high-risk area, reminding them to be sure of their own safety and letting supervisors know to keep tabs on their staff. Finally, ANT can also provide a device with a ‘panic button’, which a user can wear on  a belt clip and quickly deploy in the event of an accident, quickly bringing responders to their location.

These devices are not solely dependent on mobile phone signals to communicate with the alarm system. Instead, they use a site’s  Wi-Fi, radio DECT or Private Mobile Network to  instantly broadcast a distress signal to the appropriate staff. Even if the device is submerged in water (which typically blocks signals), the instant severing of the connection will be enough to trigger an alarm, letting emergency personnel know that a staff member is in danger.

For even more remote sites, specialised two-way radios can be used in order to keep in contact with lone workers. These devices carry many of the same features as listed above, but carry the advantage of using UHF and VHF radio waves to communicate directly with the alarm system, negating the need for widespread mobile data or Wi-Fi coverage. Even at remote sites, range and power is not an issue due to the availability of repeaters from ANT, which can boost the radio’s signal and can also be carried in a vehicle or backpack. Additionally, these radios can be used in ATEX environments, where explosive atmospheres   can be ignited by a normal electronic device. Given the nature of the chemicals in use at some types of water treatment site, these devices can still provide safety coverage where others cannot. Needless to say, whilst being impervious to airborne chemical vapour, these products are also proofed against water damage.

By embracing modern technology, we can use a variety of common sense systems to not only reduce downtime at water treatment sites, but also to protect the health and wellbeing of staff. ANT specialises in producing and supporting a large variety of industry-focused safety products. By using these solutions, an organisation can improve efficiency overnight, whilst also freeing employees to go about their tasks in the knowledge that help is never far away.

For more information on ATEX compliant communication devices, take a look at https://www.anttelecom.co.uk/products-and-solutions/solutions/mobility