How to Reduce Violence in Schools 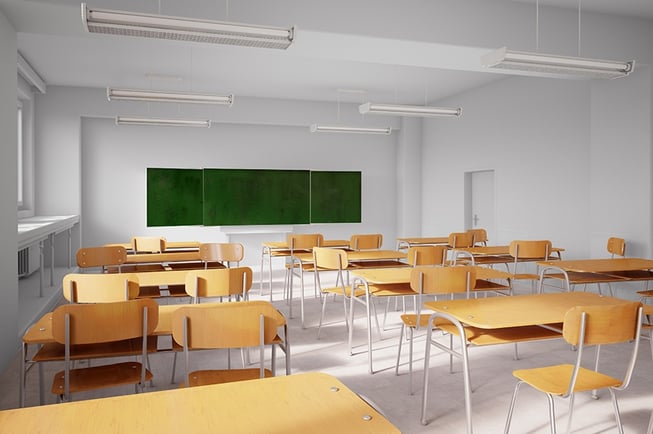 When a violent episode occurs at school it is important to remember that whilst this could include any of the following:


It can also be a verbal assault, perhaps, though not necessarily, involving threats of violence. Once an act of violence has been perpetrated it is important, wherever possible to stop it progressing and to contain it.

In this article we will cover strategies to reduce violence in schools and academies and better protect staff and students.

A need for clear policies

It is important that schools and academies have policies in place which set out the actions a person who is subject to violence might take. This can be tricky. Ultimately, everyone has the right in law to use reasonable force to protect themselves; although there should be no questions of this being an act of retaliation or revenge.

Reasonable force is defined by the circumstances; a large angry fifteen year old armed with a knife is a very different prospect to dealing with a child who is eight who has lashed out with their fists or feet during a tantrum. If a person feels unable to intervene physically they should try to summon help by whatever means at their disposal whilst also attempting verbally to dissuade the perpetrator from continuing the assault. This becomes even more effective if the staff is equipped with some form of safety device or app, through which they can raise an alarm and direct it to the right person who can help dealing with the situation.

If the act of violence is against property, this can be replaced or repaired and unnecessary risks should not be taken when trying to bring the situation under control. The best course of action could be to seal off the area if possible and call the police.

What happens afterwards is important too

Every educational establishment should set out its approach to preventing violence, dealing with it when it occurs and the consequences for perpetrators. This should include the action that should be taken in response to the different types of violent incident that could happen.

It is crucial that all staff, pupils, their parents and other key stakeholders have the opportunity to input to the school policy. This creates a joint sense of ownership and because of this it is likely to be more successful. Once policies are agreed, all staff working in the school or college should receive regular training on what they entail. Furthermore, the same messages should be communicated on a regular basis to students, their parents and carers. What happens to perpetrators of violence should be proportionate and spelt out clearly that violence, verbal or physical will not be tolerated and will carry the severest consequences.

A person committing an act of violence does so for a wide variety of reasons, however the school or academy where the incident occurs should regard it as a last resort, something that demonstrates that the policies in place to prevent outbreaks of violence need to be reviewed.

Building a school culture on a rights-based approach which is student-centred and respects difference in all its forms works to lower disruptive behaviour and helps to create an environment where students feel safe. This should be supported by open and zero tolerance policies on bullying and harassment, and the very clear sense that positive behaviours will be acknowledged and rewarded.

Any incidence where an individual might be singled out on the grounds of their ethnicity, sexual orientation, religion, appearance, or any of the other factors bullies seize on, should be dealt with immediately; even gentle ribbing can get out of control and needs to be discouraged. Training is crucial, not just for staff, but pupils too; teachers cannot, alone, solve the problem of violence in schools. Subjects to be covered should include:

All involved should be taught to recognise what triggers violence and the signals that indicate that a person is moving in that direction. This should both make finding solutions easier and reduce the opportunities for violence. The message should be clear, violence in any of its manifestations, whether by word or deed will simply not be tolerated.

Trying to steer any establishment to a position where people behave in a certain way requires rules. These must be:

The consequences for breaking each rule should be clear.

The benefits of community engagement

Any educational establishment is a community comprising students, their parents, and others who work in the school or visit it. It also includes those affected by the presence of the school, such as the people living in the vicinity, owners of local shops and businesses, the local Community Constables and Police school liaison officers. Involving these stakeholders in the life of the school can be a great force for good and help to foster an environment where all are geared to creating an environment where violence has no place. Good role models are key to effecting positive behaviours and stimulating achievement. Older students should be encouraged to be role models for lower school. Teachers and staff should appreciate too that they are role models. Furthermore, every opportunity should be made to encourage any local celebrities who would make good role models to get involved with the school, perhaps to give motivational talks, or get involved in coaching.

In order to evaluate how effective policies in place to eradicate violence are, detailed records should be kept on incidents, including what, why, where when, by who. Who was involved, both in the incident and as bystander should be recorded together with the action taken in respect of both the perpetrator and the victim. Each record should be weighed against the policy to try and discover why the incident happened and whether it might have been prevented or handled differently. Only by constant analysis of incidents the revision of strategies and constant and consistent messages outlawing violence will it be stamped out in our places of learning so that we see an end to, teacher assaulted by student, headlines.