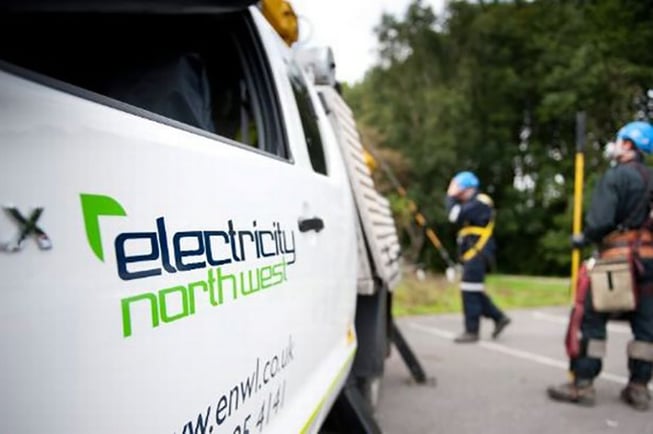 In March 2017, an experienced linesman went to carry out some routine maintenance of power lines. When he got there, he found ivy growing on the lines, so he rested a ladder against a wooden pole, and climbed up to remove the ivy. What happened next isn’t clear. It’s thought that he cut through his work positioning strap by mistake, and fell six metres to his death.

Electricity North West was fined £900,000 and the Health and Safety Executive (HSE) were scathing about the lack of lone worker systems and planning that led to this man’s death.

In another recent incident, George Wilson, 64, was working at a farm, using a mechanical excavator to carry out drainage work. The trench collapsed on him, and cruelly, no one found him until 11.30 that night, when his wife reported him missing. The police went to look for him and heard the excavator still running. George was dead in the trench and had been lying there for hours. The building firm he worked for was fined £30,000.

Much larger fines and criminal penalties

Safety and Health Practitioner magazine estimates that there are 6 million lone workers in the UK.

Since February 2016, employers who fail to implement lone worker systems for these employees will get significantly larger fines. And “significantly” means that, for a larger organisation, whose employee has suffered major harm, or death, and which is considered to be highly blameworthy, we’re talking fines of several million pounds. Fines will be lower for a smaller business – but a smaller business will be much more likely to go to the wall because of the fine.

Cost cutting that undermines health and safety provision in terms of lone worker systems, will be considered an aggravating factor by the courts. So businesses need to understand that the failure to set up systems and procure appropriate technology to keep lone workers safe, could be a very short-sighted decision. Pity the Health And Safety Manager who has to explain to the Board why his failure to understand the risks involved, has threatened the company’s future and the jobs of all its staff.

As for the worst case scenario where a lone worker is killed and corporate manslaughter applies, for a large organisation the fines could go up to £20,000,000. Directors of the company could be prosecuted personally, and could face imprisonment. So the stakes could not possibly be higher.

What are the risks to lone workers?

Firstly, the job may be unsuitable for one person. With many jobs, a safe system of work is going to require two people. So people who are lone working may be struggling with an unsuitable job to start with.

One of the other key risks is lack of training and supervision. With no one to ask, and no supervisor watching what is going on, the lone worker has to fall back on their own training. If that has been inadequate, the risks ratchet upwards.

Security may be an issue for lone workers, especially at night or other quiet times and security staff can themselves be a target.

How to manage the risks to lone workers

The Health and Safety Executive (HSE) is clear that these lone workers must not be exposed to more risk than other employees. So you need to carry out a risk assessment on their behalf and to be particularly careful if your lone worker is more vulnerable than most – for example if they are pregnant, disabled, young, have a medical condition, or are still being trained.

One of the key risk mitigations for employees working alone, is that they have a reliable and robust communication system that they can use in order to contact someone for advice or help. But note the word “system” – it needs to be an end-to-end solution capable of escalating an incident and getting help quickly. That’s as much a matter of management structures and responsibilities, as it is of dishing out an alarm or mobile phone.

The HSE’s guidance specifically mentions that the employee should be in contact at pre-arranged times with the employer. They advise that a signalling communication system should be adopted, which triggers an alarm if specific signals are not received regularly from the lone worker. They also recommend that the system should be able to tell whether the worker has got home. This was tragically absent in the cases described above.

What are lone worker services?

These are business solutions that are used to protect the safety of employees who have to work alone, or who are not supervised directly – even if this only an occasional event. They form a vital part of a company’s defence against negligence charges, it there is an unfortunate accident. They combine business analysis with technology, to provide robust solutions to protect employees.

A key safety measure is a modern, robust communications system. But the choices can be confusing, and because manufacturing plants differ so much, a solution that works for one business won’t necessarily work for another.

Find an expert and exploit their knowledge

The knowledge of an expert partner, used to designing and installing these systems is a must in this field. They can stop you making expensive mistakes and buying equipment that is unsuitable or difficult to adapt to different working styles. They also have up to date knowledge of the many new systems that are constantly being brought to market. New systems set the standard for worker protection and an expert partner can advise on the way these systems need to be integrated into management structures to protect workers.