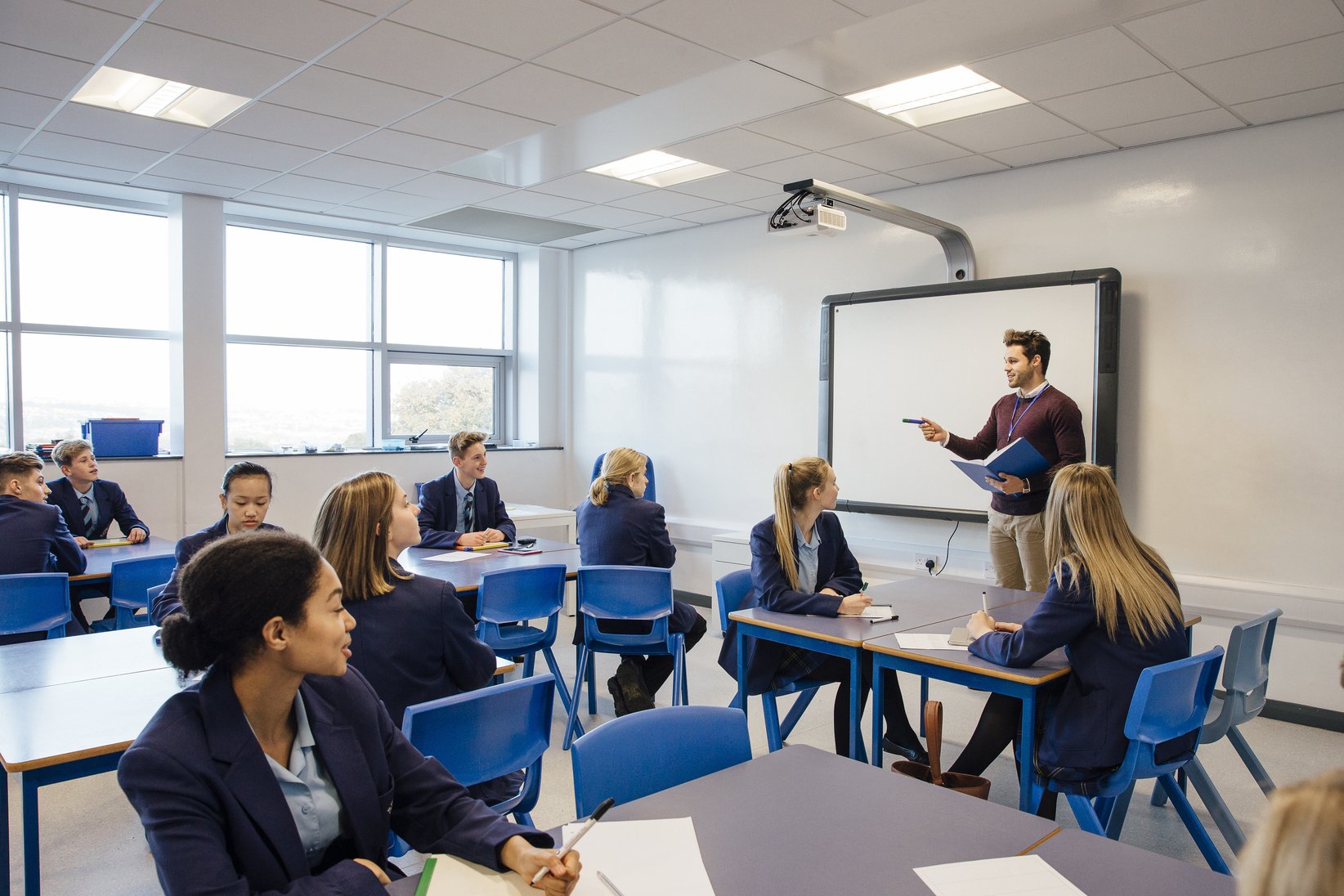 For all students, school should be an environment of concentration, learning and personal growth. However, violence in the classroom is a problem that is affecting an increasing number of the nation’s educational institutions, disrupting lessons and threatening physical harm to pupils and teachers alike. Statistics from the GMB union show year on year increases in physical abuse against teachers, whilst simultaneously, young people are also becoming more likely to suffer violence at the hands of other students. Many of these instances simply stem from minor disputes that can be swiftly resolved, but the number of serious injuries being inflicted in a premeditated fashion is also climbing. In such emergencies, staff need to be able to rely on each other to respond quickly and help calm or restrain the individual in question.

At present, many schools in the UK have a fairly loose set of procedures when it comes to dealing with violent incidents. Rather than being a symptom of negligence, this is rather due to the plain fact that in many locations, the current uptick in attacks is unprecedented, leaving administrators and staff confused as to how to respond. However, in the face of rising rates of serious assaults, it is imperative that schools have a robust system of communication in place should an emergency occur. Commonly, in many schools, a teacher will either fetch help themselves by shouting or even leaving the classroom, or they will send one of the pupils to alert other teachers whilst they attempt to intervene. In more experienced institutions, teachers may be taught to use a mobile phone to manually call in a disturbance. In truth, neither of these options are really viable when faced with a serious physical attack. Both options require the teacher to be capable of controlling the class and issuing clear instructions, be able to make a phone call (or even multiple calls) or to remove themselves from the room, which – if faced with a determined adversary – will not be possible. Furthermore, these tactics can result in an agitated student becoming even more unpredictable and initiating a further assault.

Instead, we can use modern technology to help deal with a modern problem. Automating the process of raising the alarm and initiating a response to the situation is the first step. This can be done by upgrading the schools existing incident management and communications infrastructure to include a critical alarm management system. This software can be installed onto multiple workstations and devices in order to allow staff to raise and track issues (not necessarily just emergencies – all manner of tasks can be centralised through the system) as they encounter them. Each alert can be viewed by workers separately, allowing all information to be kept in one place for easy access. However, instead of requiring a human to manually accept the alarm, assign it a priority and then organise a response, the system will take these steps automatically. As soon as a critical alarm is received, a notification will be sent directly to the relevant employees via their communication devices, letting them know about the problem. This means that a teacher requiring assistance can use their smartphone or desktop PC to surreptitiously raise the alarm and call for help without having to leave the room or put themselves at risk.

This is found to be especially important when dealing with children with special needs. Specialised staff are often few and far between, finding themselves stretched even more thinly than other educators. Because of this, they need to be able to get assistance when needed without leaving the students unsupervised and without causing distressed pupils to become even more upset. In such situations, smart devices can be used to raise alarms on the critical alarm management system with the use of a simple app that only needs a few button pushes to send out a request for help.

For even more serious incidents (such as an aggressive intruder or a weapon being brandished) a panic button can be the most effective way of raising the alarm. Buttons can be installed in hidden locations (such as under desks or on computers) and can be activated with minimal movements from the staff member involved, meaning that the situation won’t be escalated by the attacker knowing that help is on the way. It also means that the attacker will not attempt to harm the teacher in an effort to stop them raising the alarm. For learning environments with a persistent level of risk to staff and students, wearable panic buttons can also be issued, enabling teachers to always have the option to summon colleagues to their location.

Another advantage of using a modern communication system in a school security setting is that all actions and communications pertaining to a given alarm are logged in one place. This makes it much easier for senior members of staff to later go back and review the actions taken by school employees as they tackled the situation. From this, lessons can be learnt about how to improve existing procedures and further training can take this data into account. Additionally, this information can be used to break down the events that precipitate violent incidents in a school, letting staff intervene and prevent them at their source long before conflicts escalate to a physical level.

ANT manufactures a wide range of specialised safety devices and the critical alarm management systems needed to use them at their full potential. A major bonus is that these all of these systems are a direct upgrade to existing network and communication technology already in use in most schools, making them extremely unobtrusive and cost effective to install. It also means that staff will require minimal training in order to get to grips with the new software and devices, being free to continue their daily tasks as normal until the time comes to raise an alarm. By upgrading to a modern alarm system, schools can safeguard their teachers and students, improving efficiency in the process. In this manner, educators can have the confidence to teach their students to the best of their ability, knowing that help is only a push of a button away.