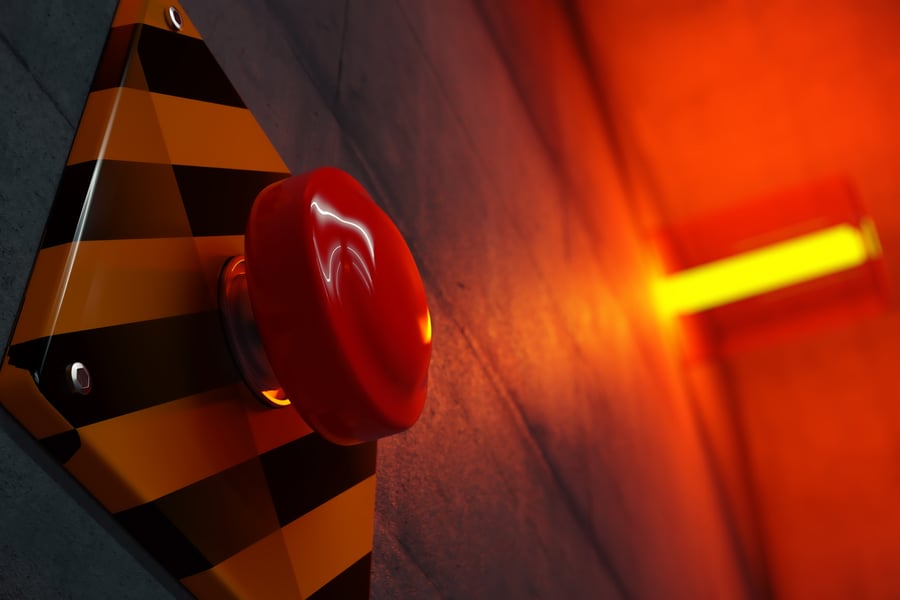 When it comes to providing a warning system for a business or other entity, the most straightforward way to do it is by using an alarm system. These can be broadly divided in to two types: 'critical alarms' and 'standard alarms'. Each has their own advantages but also comes with an associated set of challenges. In this article, we'll take a look at the pros and cons of both types of system and examine exactly how an organisation can decide between them when weighing up critical vs standard alarms and also the best way to implement them.

Standard alarms are simply notifications that enable the smooth continuation of day to day operations. They are typically low-priority in nature and are often expected or even scheduled. These can be things such as the routine maintenance of machinery, inspection of work areas or replacement of non-essential equipment. The alarms that flag these issues are often just reminders sent to managers in order to prompt them to arrange said activity. However, because standard alarms are both normal and plentiful, there is an increased risk of them being forgotten and even outright ignored. If this happens, the issue that the standard alarm was flagging can develop into a serious problem and cause a critical incident (i.e. a machine not being maintained and then failing catastrophically).

A critical alarm draws attention to a serious emergency. These can range from things that simply impact on planned production schedules (such as a broken machine) to incidents that threaten the physical safety of staff (such as a fire). Critical alarms are often linked to serious situations with multiple factors that need to be taken into account, often creating confusion amongst responders and managers alike. For this reason, it can be difficult to mount an effective response within a short period of time and rectify the issue. It can also be difficult to get pertinent information on the situation whilst it is happening, sowing further disruption amongst production schedules and providing a distraction for staff.

In their most basic form, both critical and standard alarms will be dealt with similarly. Once an employee notices a problem, they will tell others (sometimes verbally, sometimes via the use of an emergency alert), the situation will be logged and the appropriate staff (or emergency services) will be notified. This process is extremely slow and can expose both a business and its employees to an inordinate amount of risk, as downtime or even a direct physical threat becomes more pronounced.

This can be avoided by using an alarm management system. An alarm management system helps centralise the alarm notifications and sends them to a control room, where dedicated staff can deal with them. This means that in theory, both standard alarms and critical alarms can be speedily noticed and then the right staff can be notified. For example, a malfunctioning machine may send a notification to the control room, where a staff member receives the message and notifies an on-call technician who can rectify the problem. The control room staff can then keep managers updated on what is happening.

However, this introduces the possibility of human error into the situation, as lack of activity can cause staff to become complacent and miss alarm notifications. Even short absences from the control room can impact on a scenario. Conversely, members of staff may find themselves so overwhelmed by standard alarms, that they may fail to notice serious issues or allow minor ones to spiral out of control in a phenomenon known as 'alarm suppression'. Additionally, communication difficulties can result in incorrect information being relayed between employees who are trying to deal with a serious fault, resulting in unnecessary downtime or even increased risk.

The system will also filter critical alarms vs standard alarms, allowing the control room staff to focus on day to day operations and avoid having to worry about serious incidents. This means that more resources can be dedicated to dealing with routine problems, raising efficiency levels and lowering the chances of a serious incident occurring in the first place. Additionally, by bypassing staff in control rooms, the critical alarm management system eliminates the chances of human error not initiating a response.

The system also ensures that response teams confirm their involvement and if no reply is received within a set time limit, the issue is escalated to a senior manager. This means that a critical incident will be quickly dealt with and any flaws in operating procedures can quickly be identified and ironed out afterwards. By upgrading an existing alarm management system to this level, companies can enjoy the benefits of having employees kept in the loop, but can rely on automated processes to entirely bypass the decision making process and reduce the burden placed on their staff.

Ultimately, critical alarm management systems will ensure that organisations can enjoy substantial long term cost savings due to less down time during significant incidents, whilst also allowing control room staff to concentrate on the day to day running of a facility. It also means that critical alarms can be picked up and managed when controls rooms are unmanned such as at lunch times and during out of hours, evenings and weekends. Additionally, faster response times in emergencies lead to the mitigation of property damage and can even save lives in the event of a serious accident. Furthermore, senior staff are quickly notified of large problems, allowing them to strategically manage their impact on the business as a whole and plan around any potential disruption.

Leaving an alarm management system un-upgraded can leave a facility vulnerable to both minor and serious issues. Automation provides an additional safeguard that allows the workplace to operate at a truly modern level of efficiency and safety. It also allows employers to concentrate more on important issues and not have to worry about micro-managing staff, as the notification and escalation system makes sure that problems are dealt with in a timely manner and serious incidents get the proper response.

By automating the process by which alarms are dealt with, we can eliminate the issue of conflict when it comes to critical vs standard alarms. A critical alarm management system will both sift through notifications for high-priority and high-risk alarms and ensure that they get a swift and comprehensive response.