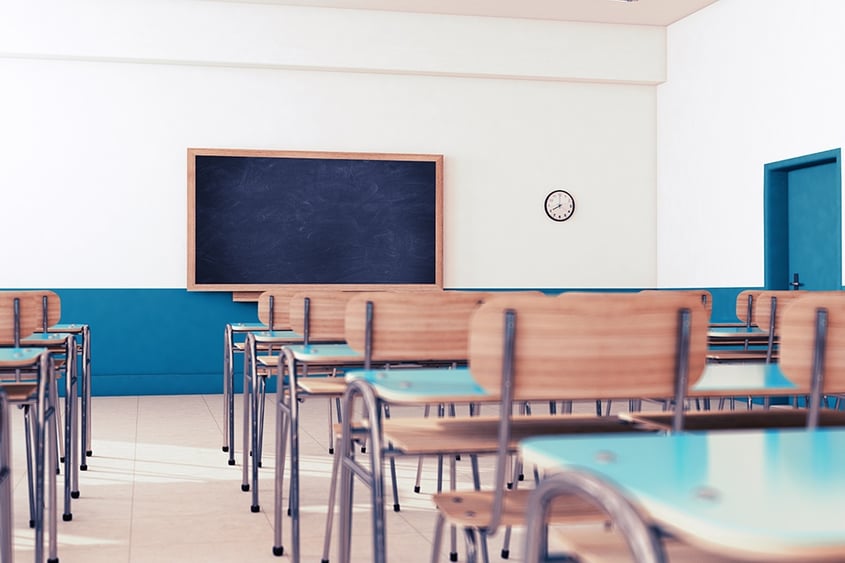 The vast majority of pupils go to school to learn. However, for various reasons a minority engage in disruptive behaviour that can range from simple talking in class to physical assaults on teachers or other children. Over recent years, the number of violent incidents in schools has risen dramatically, to the point that it is now considered an occupational hazard in many institutions. According to a recent survey conducted by the trade union NASUWT, one in four teachers experiences a physical attack from a pupil each week, whilst almost half of the respondents claimed to have been verbally threatened with violence. Figures from the GMB teaching union paint just as grim a picture, reporting that as many as 70000 staff are faced with violence on a regular basis.

Schools have a duty to protect both their students and their employees and usually have a procedure in place to deal with pupils getting out of hand. But when the situation becomes dangerous, these practices can often fall short. This means that new solutions are needed in order to tackle such incidents quickly and efficiently in order to maintain a safe learning environment for students and teachers alike. Fortunately, technology can be used to help staff report violent incidents and get help when they need it, preventing confrontations from becoming even more serious.

Typically, schools will rely on a staff member using a phone call to summon colleagues or physically leaving the classroom to get help if they are attacked. However, neither of these strategies are particularly wise, resulting in a potential escalation of the situation or students being left in harm’s way. Additionally, they both take valuable time, giving an attacker the opportunity to cause even more damage. Instead of using outdated strategies and techniques, we can turn to modern technology to solve the problem for us.

One way that violence in the classroom can be tackled more effectively is to take the responsibility for organising a response to an alarm out of the hands of humans. A critical alarm management system is a computer system that acts as a bolt-on upgrade to a school's existing infrastructure and which takes responsibility for dealing with alerts as the come in. Once a teacher has raised the alarm, the system will categorise it, assign a priority and then send out notifications to designated responders in mere seconds. These notifications are sent out via a smartphone app, which will instantly notify teachers of the situation so that they can lend a hand to their colleague in trouble.

This app is a simple to use system that can be installed on smart devices or desktops, meaning that teachers can easily check their notifications when prompted and can also raise an alarm quickly. Once logged on the system, the alarm can then be updated with additional details if necessary. Also, high-priority alarms can be escalated to senior staff, letting them know that an incident occurred so that they can keep in the loop by viewing the alarm system via their own app.

However, sometimes there is not enough time to use an app to manually raise an alarm. In situations where there is a higher level of risk to the staff and their students, a faster method is needed to deal with the problem. A solution for this is a mobile personal emergency response device (also called MPERS), which can be carried on the teacher's person. These small gadgets can be kept hidden and work like a panic button, summoning the nearest staff to the teacher's location at once by instantly raising a high-priority alarm. This means that an employee can stealthily call for help without further agitating an unpredictable attacker. These devices can also be installed in static disguised locations in a classroom, so that any member of staff can use them.

The National Education Union reports that funding cuts have resulted in staff shortages for dealing with children with special needs, making it important for staff dealing with older pupils to be able to get help quickly. In such situations, where they may not be able to leave the classroom, the systems described above can be invaluable, as vulnerable children need not be left at risk whilst the teacher gets help. Furthermore, the relative unobtrusiveness of using an app or hidden button compared with sounding an audible alarm or shouting means that classes can be kept relatively calm whilst help is on the way.

A further advantage of using a Critical Alarm Management System is that all interactions and communications are logged and tied to one alarm, meaning that teachers can go back and investigate the incident at a later time. This makes it simple for senior staff to spot where current procedures are perhaps inadequate or require some alteration, allowing them to improve the speed and quality of responses to incidents over time as more data becomes available. The Health and Safety Executive also encourages the accurate and prompt reporting of violent incidents, which the system enables administrators to do with ease. It also allows staff to easily refer back to past incidents with just a few clicks of a button, allowing them to identify long term trends in behaviour that may prove useful.

ANT produces a wide array of health and safety systems and devices that can be used to tackle classroom violence in schools. Rather than being a direct replacement for existing systems and procedures, these products are instead tailored to be bolt-on upgrades that can be put to use right after installation. Furthermore, they are designed specifically to be easy to use in a crisis, meaning that staff will require minimal training in order to start utilising their new equipment or alarm system. Upgrades can also be scaled to match budgets and can be expanded upon later, allowing schools to easily prioritise the features they believe to be most needed. This means that with minimal disruption to the working day, ANT systems can get to work creating a safer learning environment for teachers and students.