Are Cameras Enough to Combat Violence in Schools? 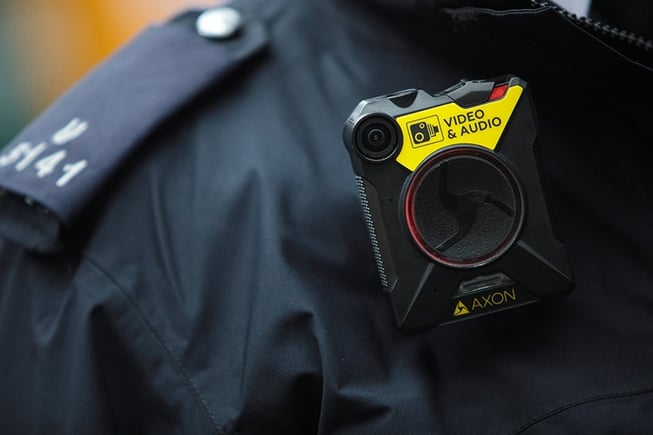 You might have heard the news that came out last month on the fact that two secondary schools in the UK are trialling out a new system of police-style body cameras. They have been given the capability  of filming ‘when it is legitimate, proportionate and necessary’ to resolve problems. Therefore, the cameras are not on all the time, but only when there is a perceived threat to a member of staff or a pupil.

But the question we asked ourselves is that, with such a paramilitary looking piece of kit being worn by staff, are cameras enough to curb the trend in increasing violence in schools?

Certainly, a camera's usefulness is not just in proving to be a visual deterrent, which, in itself, could  stop many instances of violence before they come close to breaking out into a fully fledged fight. They also  provide proof and evidence after an incidence of violence in a school.

However, the question must be asked whether cameras alone are enough to reduce violence. Whilst they may play a role, it would appear that there are more important and necessary measures that could be taken to ensure the safety of students, teachers and other staff.

Many schools across the world are now employing private security to work on site; their powers vary, from those of being able to detain unruly students or visitors, to simply allowing or refusing entry on to the school grounds. Similarly, in the USA, it is not uncommon for a school security officer to be routinely armed, whilst in the UK, their powers are based more around providing security without the luxury of a weapon. Security officers can be found especially in prestigious boarding schools and university campuses in the UK, rather than other types of schools. This human element is not only great for seeing all the sides of an incident, but their very presence can mean that anyone wishing to commit an act of violence may think twice, or may flat out be refused entry into the school.

There are also other measures in place that perform a more administrative role than physically detaining someone or throwing them off of the premises. Schools now work more closely than ever before with the police.  5,000 schools are now part of the of the Safer School Partnerships (SSPs), which is a formal agreement between the school, police and other agencies to work together to keep young people safe and improve behaviour. The old mindset of handling things internally has long been considered not only irresponsible, but potentially dangerous; those who regularly engage in acts of violence are less deterred by suspension than they are by a police officer turning up at their doorstep or arresting them at school. With that in mind, the relationship between schools and  the police is closer than ever; commit an act of violence and a student can easily expect it to be referred to the police. Higher education institutions in the UK have even gone so far as to privately fund a permanent, on site officer from their local police force. This has two benefits. Firstly, it is only marginally more expensive than a security guard with less knowledge, experience and power, but it also ensures prompt legal recourse; an officer is on site within minutes to make an informed decision about how to proceed.

Another more organic measure that aims to pre-emptively prevent violence is the use of workshops where children and older students can learn how to be more diplomatic, and to resist the lure of violence, whether as a 'heat of the moment' response, or as part of a larger problem, such as with gang affiliation or ongoing disputes. Education is always infinitely more effective than punitive measures, and instilling a culture of diplomacy and relative peace is an important tool in the box.

What other safety devices could be employed?

That is not to say that cameras cannot perform a function, but the question still remains on what should a member of staff do if a violent episode happened? How can they call for help and alert other colleagues or security officers to quickly come and assist?  That's when alarm devices and safety apps come into play. There are some cloud-based solutions out there that we always recommend schools use. These are devices that can be attached to your smartphone and work in conjunction with an app that not only serve as a panic button in the eventuality of a violent or threatening situation, alerting the right people to come to help, but they also have a man-down feature that automatically raises an alarm if a member of staff falls on school grounds and they are alone, unable to get up and/or injured.

After the conclusion of this trial, we will definitely know more on whether there is a place for body-worn cameras in schools. However, on the other side, schools should start equipping themselves with other safety measures and alarm devices, as these will be crucial in ensuring a potentially violent incident from becoming a fatal one.