Accidents and Violence Pose a Great Threat to School Safety 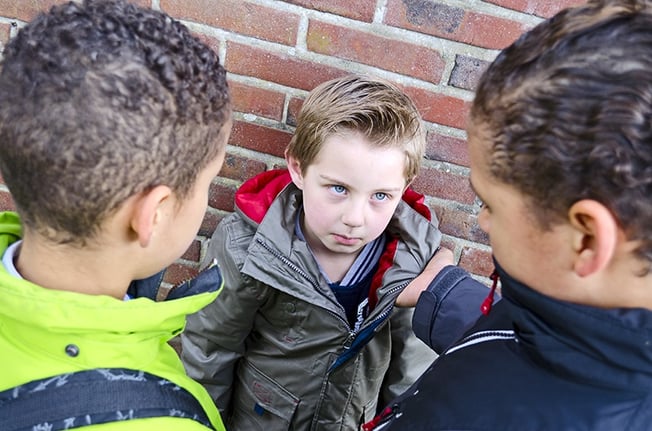 Security threats in schools have become a major concern in the U.K. Both students and teachers have been victims of accidents and attacks. Past events create fear and uncomfortable environments, and thus it is important to take preventive measures against further occurrences. Though it is difficult to predict and control human behaviour, effective school safety solutions can help avoid and minimize injuries and damage. In addition to damage, injuries and trauma, some of the incidents disrupt learning in schools.

FREE DOWNLOAD: Download our free guide to school safety to discover which safety devices are right for your staff & how to distribute alarm messages

Abused teachers: The case of a seven-year-old who was reported to the authorities thrice

A seven-year-old girl in Scotland was reported to the authorities three times for attacking a teacher. Reports show that police have been called into schools to deal with cases of violent children. Teachers were punched, bitten, scratched and injured using improvised weapons. Such incidents need to be dealt with firmly and as soon as it happens.

Attack by Intruders: The Case of a Pupil Injured Outside Sedgley School

On Thursday 29th, June 2017, a student was attacked outside High Arcal School at around 8.50 am. The students sustained minor injuries. The headteacher of the school confirmed that the incident happened off the school grounds and the police were informed immediately.

A 17-year schoolgirl admitted that she caused permanent injuries to a fellow pupil by using a solution containing sulphuric acid. The attacker sneaked into the music room when no one was around and poured the solution in the girl’s viola case. When the girl opened the case, the acid poured over her legs. The injured girl had just started going out with the former boyfriend of the attacker. The attacker admitted that she poured the acid with the knowledge that the case would be pulled from the shelf by the victim. The victim sustained injuries that forced her to cancel her driving classes and drop some lessons. According to BBC News, the 17-year-old attacker had researched on acid attacks and prison sentence for acid attackers. In addition to the acid burn, the victim also suffered psychological problems, nerve damage, and shooting pains.

The Case of an Arson Attack That Destroyed outdoor classroom

A classroom at Clements Primary Academy was destroyed by a fire whose cause was unknown. The incident left both teachers and students distressed. The classroom was situated away from the main building and was used for club meetings and other activities. The fire was put out by the Suffolk Fire Service.

With the rise in threatening incidents, headteachers and managers should do their best to boost safety procedures. Some of the best solutions to consider include:

The Smart SOS App converts smartphones into emergency safety devices. With the app, one can easily call for rescue in time of need. The app is activated by simply tapping on the on-screen button or by using an external SOS button.

When the user raises an alarm, it is automatically processed and delivered to other members of staff that can deal with the incident or escalate to  relevant authorities. With quick response, the issue can be dealt with fast promoting safety in the school.
A good application of this solution is in a case where the teacher is not able to break up a fight between students, and walking away to look for help may worsen things. School security Android apps will be of great use by allowing the teacher to call for backup to resolve the issue quickly. The alarm system works similar to the panic button used by bank attendants to signal danger.

For the safety system to work, there has to be  an app or small device that is pressed to activate the alarm, software to send signals to the other staff members and responder devices to make the staff aware. The recipient gets the alarm as a text message. Once the message is acknowledged, the sender receives an alert that the issue is being addressed. Messages can be received on smartphones or desktop PC. Some devices come with advanced features that automatically trigger the alarm when one falls.

The Timed Personal Alert (TPA) is a useful feature for staff, such as school liaison officers or home tuition teachers,  that visit pupils at home. The timer is set by using the TPA smart app or by texting in, which a teacher can do prior to entering the students home. A confirmation message is sent with the starting time and the hours or minutes the timer will run.   A reminder will alert the teacher when the timer reaches 5mins to either extend or cancel the timer.  An alarm is triggered in the event the teacher fails to respond.

Man down alarms are essential when one is working alone such as after school or during non-term time. The alarm is automatically triggered when the teacher is rendered unconscious. In addition to investing in software and devices, staff members need to be on the lookout for any suspicious devices or behaviour. Any unusual activities should be reported to the authorities immediately so that the matter can be investigated further. Students should also be encouraged to report such incidents and avoid hanging out in places with unusual happenings. Other safety measures include monitoring visitors who walk into the school and setting boundaries as to where they can and can’t go. Students should also be given boundaries on places they should stay and discouraged from spending time in secluded areas.

The issue of safety in schools is an issue that all school heads should take seriously. With a faster response to threats, tragic outcomes can be prevented. Investing in safety solutions gives staff members a peace of mind knowing that they can easily call for help in case of distress.