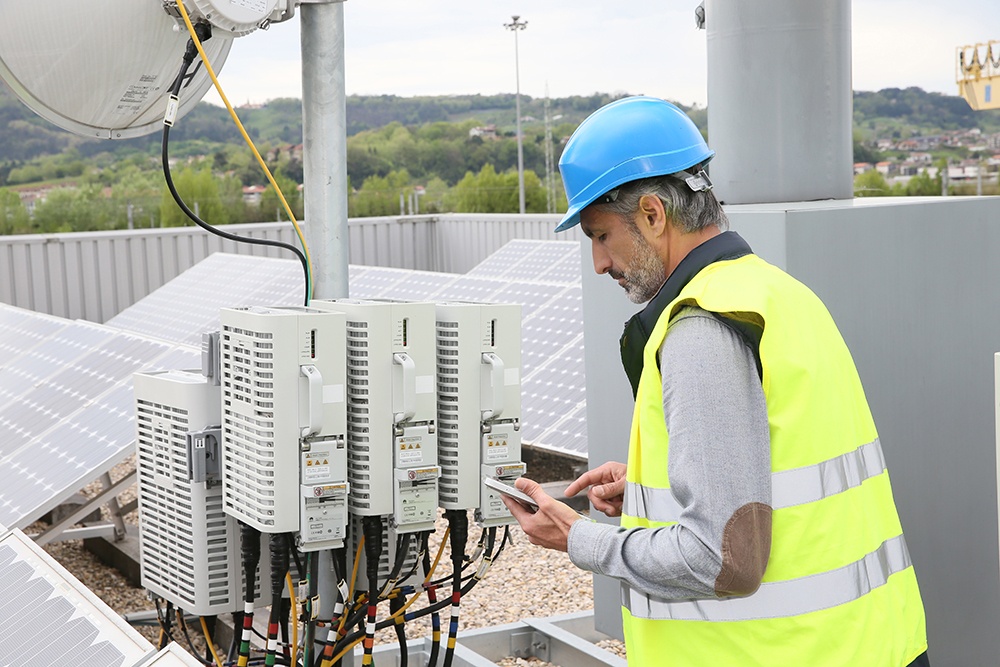 It's a fact of life that some jobs have more risk associated with them than others, and for lone workers, these varying risks are heightened, simply because they do not automatically have the support of work colleagues and management to hand should anything go wrong. To protect lone workers, therefore,

having the right communication technology in place is crucial in life-threatening or emergency situations. Incorporating a protection system into your lone working policy, not only allows businesses to meet their duty of care, but also provides employees with the confidence that their safety is being looked after. Lone worker apps are an excellent example of how to cost-effectively implement effective lone worker solutions into your existing system.

Some officers may benefit from a lone worker alarm app which can be used to turn a smartphone  into an effective personal safety tool. There are numerous such apps on the market, but there are several things to consider before deciding which lone worker alarm app is right for your personnel. One of the most important is network coverage. If your lone workers operate in areas with a strong and reliable mobile signal, a mobile app could be ideal, but this won't necessarily apply to workers in remote locations, where coverage is patchy and unreliable. The type of lone worker role also needs careful thought. A smartphone app requires reaching into a bag or pocket and picking up the device so might not be the best answer for all lone workers in high-risk public-facing roles. However, the alarm can be sent discreetly by the operator masked as checking your phone for messages.

There are many smart apps available on the market. But what should you look out for when deciding which app is best for you? Here are a few pointers to help you get off to a good start.

1. Triggering an alarm from the app

Lone Worker Apps are a great way to protect staff, however, because all smartphones have screen locks – triggering an alarm from the app itself isn’t always practical, especially in life threatening situations.  Imagine an emergency and ask yourself whether it’s realistic to go through the process of unlocking the screen, searching for the lone worker app and waiting for it to load prior to pressing the SOS button on the screen.   In virtually all situations it isn’t, as users simply don’t have the time.

To overcome the screen-lock challenge, users need some other “SOS button” that users can press that will activate the app and trigger the alert.  Usually these “SOS buttons” connect to the app using Bluetooth and can easily fit into their pocket, attach to a belt clip or a set of keys.  When pressed, the button by-passes the security code to unlock the phone, wake the app and trigger the alert.

Some “SOS buttons” are in the form of a watch, other app manufacturers may have cleverly converted an alternative button on the phone to act as the “SOS” button.

So, if you’re interested in using an app, make sure the manufacturer provides some other mechanism to activate the SOS – don’t just rely on the onscreen button, as your users won’t be thankful in an emergency.

2. Apps for remote areas or no mobile reception

If your teams work in remote areas or where there is little mobile reception, it can be tricky finding an appropriate solution because they all require some form of coverage to send alerts.  However, you shouldn’t abandon the whole idea as you can still find something that will minimise the risk to your team.

When working outdoors in remote areas with poor mobile coverage there are a couple of things that you need to look out for when selecting the most suitable app.  Firstly, does the app provide some form of timer, a check in and check out functionality?  Check in and check out are a good way to protect teams that work in remote areas with little mobile coverage. All teams need to do is set the timer prior to entering the remote area and cancel it once they have left.  Some apps can even send the user an alert when they enter an area with no mobile coverage, to remind them to set up a timer.

It is also worth checking what network the apps can deliver alerts over.  Some apps will only deliver alerts in 3G and 4G mobile coverage, whereas others work across a broader range of networks including GSM, 2G, 3G and 4G.  If your teams work in remote areas, it is likely they won’t have 4G coverage, but they may have GSM and 2G.

If your teams work indoors in areas with little mobile coverage like in basements for instance, apps can be a great way to protect your teams.  Most dedicated lone worker devices don’t connect to Wi-Fi, however, smartphones do.  Therefore, providing the app can send alerts over Wi-Fi (not all do), this could be suitable option for your team.

Virtually all smartphones have built in GPS and therefore, most lone workers apps can accurately detail the user’s location on a street map like google maps for instance.  However, what happens if your lone workers predominately work indoors across a large plant and could be operating out of a several different buildings?  How do you locate them in this scenario when GPS doesn’t work indoors and would be unable to determine which floor the lone worker was on?

iBeacons are a low-cost item, don’t require any power and their battery will typically last over two years before replacing. Furthermore, alerts can be set up to warn the administrator which iBeacon’s battery needs swapping out, so it’s not time consuming to manage.

Location accuracy is totally dependent on the number of iBeacons used – but even with a limited number you can reduce the search from multiple buildings down to a specific floor of a building and therefore find the person far quicker.

4. Automatically disable the phone when driving or in-motion

This feature is more aimed at the transport industry and HGV drivers that don’t want any distractions from their phone whilst driving.  Equipping drivers with smartphones makes sense as it means that they can carry out their vehicle inspection tests and upload the results directly onto a system via an app to cut down on administrative tasks.  The same smartphone can also be used to trigger alerts if they get robbed or injured whilst unloading the vehicle alone.

Smartphones, however, can be a distraction to drivers and can cause accidents if used whilst driving.  Even receiving text messages or telephone calls could distract a driver momentarily and cause an accident, which is why businesses are reticent to equip their drivers as it could lead to an accident if misused.

However, lone worker apps that disable the phone whilst the vehicle is moving is a great solution as it makes it impossible for the driver to make and receive calls or text messages.  As soon as the vehicle moves the phone is totally disabled and will only work again once the phone is stationary again.

Such a feature is useful for businesses as it reassures them that the smartphone will only be used for businesses purposes.  Drivers are keen on the feature too because if they are pulled over by the police, they can prove that they were not using the phone despite it being on, in the cab.

Lone worker apps are a great way to protect staff, easy to implement, utilise existing technology and be straightforward to use. For more advice about lone worker solutions, contact ANT Telecom, who provide an extensive range of lone worker products across a range of industries, enabling organisations to better protect their most valuable asset - their workforce.