How O-I used ANT Telecom's consultancy services to help update its lone worker solution and improve the health & safety of its employees.

International glass manufacturer, O-I, operates out of 77 plants in 21 countries throughout the world. It employs over 22,000 people and has an annual turnover of $7 billion. In its Holzminden plant in Germany O-I has two furnaces and five production lines where it produces several million glass items per year that are distributed to customers across Europe. 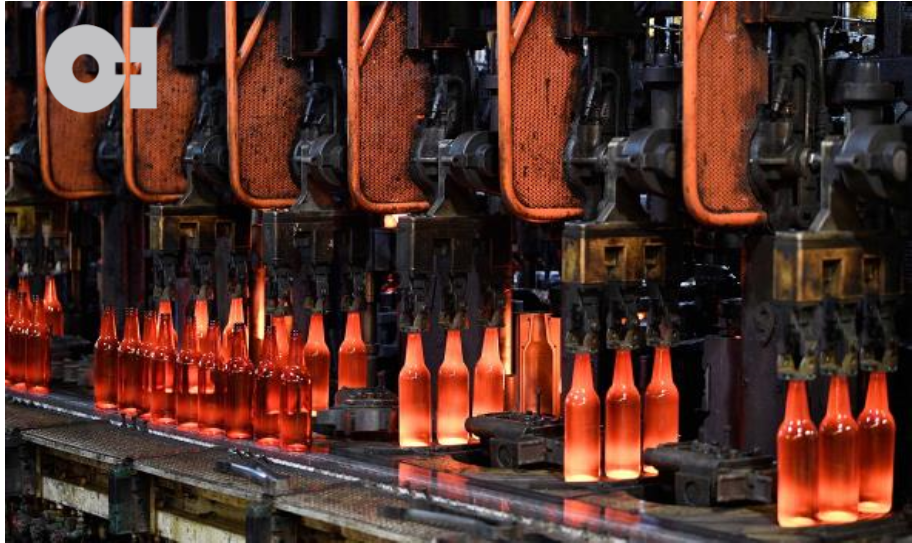 The company has more than 250 workers in its Holzminden plant in Germany operating on a rota system, with the plant itself functioning 24/7. Health and Safety in general and employee wellbeing is of paramount importance to O-I and it therefore reviewed its lone worker solution and procedures at the plant, enlisting the services of communication specialists ANT Telecom.

The Holzminden is a mid-sized plant with their workforce working across the entire site rather than being confined to specific areas. In general, mobile reception on site was at an acceptable level with many employees relying on mobile phones to fulfil their daily tasks, except however in the basement areas where they had no mobile reception in places. A static lone worker system was available in a specific area of the Holzminden site, however, this relied on employees pressing a button every 15 minutes to confirm that they were safe. In the event there was no response, an alarm would be triggered within the company’s process management system and displayed in the control room.

The process management system also collected alarm notifications from O-I’s production line. These alarms indicated any issues, faults or other problems with machinery. These alarms would also be displayed in the control room. In case the control room was not manned, the alarms were also displayed in various places around the plant, where a basic alarm panel with five lights indicating the type of alarm being activated.

A similar process was followed with O-I’s fire alarm system whereby this would also activate one of the lights around the site.

In the early stages of ANT’s consultancy with O-I, the alarm distribution and response process were reviewed, which highlighted a number of inefficiencies. At times when the control room was not manned, it could take significant amount of time before an alarm was detected by other employees. In addition, with 250 different alarms fed into the system, a flashing alarm light only gave a basic indication of what the alarm was for. This led to a complex, multi-stage approach whereby the person reacting to the alarm had to notify the shift coordinator, who in turn had to notify a skilled engineer.

Relevant details about a particular problem with a machine could only be gathered either on the machine itself or by accessing the process management system from the control room. This therefore caused:

Fundamentally, there were severe delays caused by the existing alarm distribution and response process in responding to and resolving a problem with a machine or attending to an employee in trouble, resulting in lost production time, potential material wastage and additional health risk for the lone worker.

There were also some employees who could be working in quite hazardous areas, which were infrequently patrolled by other staff. Employees working in a part of the plant with no GSM coverage struggled to raise any alarms too and would therefore have to rely on colleagues raising an alert when they noticed they were missing. It could be hard to identify where a missing worker might be found, carrying health implications in the case of any accidents.

Another very specific process that ANT identified for improvement was the out of hours’ emergency call out. In case of an alarm occurring out of hours the shift coordinator had to notify the control room to activate an out of hours duty call list. This meant calling a number of people to alert them to come to site to deal with the alarm (e.g. a furnace fire or serious machine fault).

The numbers were dialled manually and each person had to be informed about the issue and status. Alerted employees then also called in during the drive to work to get updates. This process was very time consuming and took time away from the people onsite trying to deal with the issue.

The employees and O-I’s management understood these issues and tried to find and implement solutions for it. Various technologies had been previously suggested, however no person or team within the company had the know-how and experience to decide upon a comprehensive, suitable solution. This is by far not uncommon as only very few highly specialised consultants or integrators would have this specialist expertise.

One of the key actions was to identify the right technology platform and infrastructure for OI and a general balance between the technological and financial aspects needed to be found. The company had good site wide mobile GSM coverage with many employees relying on their mobiles for day to day communication and so it made sense for ANT to enhance the existing solution. ANT provided each lone worker with a smartphone that was fitted with a panic button and an application that could trigger automatic alarms (e.g. when detecting that the worker has fallen down).

Triggering the alarm was however only part of the challenge as it was important for each alarm to be distributed to a team of people that could investigate it, and in the case of a lone worker find the person quickly. Furthermore, during the consultation it was also discovered that employees worked underground where there was no mobile reception. To protect employees working in this environment, ANT needed to ensure that even when workers were in areas without GSM coverage an alarm could still be triggered. To achieve this, ANT designed and implemented a check-in, check-out solution.

With this solution, employees check-in to an area by “touching in” using their smartphone. This process updates their location information, but it also triggers a monitoring timer when they are about to enter an area with no GSM reception.

By checking out of the area again the monitoring is deactivated. If for example, they fail to check out or respond to a check call after a specified monitoring time period, an alarm is triggered. This alarm is automatically sent to a pre-defined recipient or group and includes details of the person and their location.

In the same way ANT’s solution detects and distributes machine alarms. Its system integrates directly into O-I’s process management solution to detect alarms or machine status as and when they occur. Each alarm has an assigned format to determine how the alarms shall be distributed and escalated if not responded to.

ANT also automated the way in which out of hours’ emergency calls are handled. All alerted employees are placed in a conference so that the duty operator can inform and update them all at once, which has enabled better management of the 24/7 alarm handling.

ANT’s solution has led to significant efficiency gains as machine issues can be detected as they happen. The issue can also be analysed immediately by the responsible engineer as alarm details are automatically sent. Overall this has meant faster resolution of issues and improved productivity.

O-I takes health and safety very seriously and the Plant Manager Mr. Reiner Zinnecker, who headed up the project in its evaluation phase comments, “Together with the health and safety team we identified the issues we had and we wanted to provide better protection for all of our employees. Prior to the consultancy provided by ANT, we felt unable to identify and agree on a suitable solution. Importantly, ANT came onto our Holzminden plant and carried out a thorough investigation and took time to speak with our employees and management to get a full understanding of our lone worker challenges.

By undertaking this exercise with all relevant stakeholders, they were not only able to identify the key issues but were also able to detect other areas of improvement. Our employees, especially lone workers, are now far better protected, but in addition the resolution of any machine issues has been greatly improved, leading to higher productivity.”

O-I and ANT worked together in the implementation and also consulted employees throughout the process, who themselves suggested the most suitable mobile device, which ANT consequently tested and installed.

“Employees have adapted well to the new lone worker solution, which works reliably 24/7. Our partnership with ANT was truly that; it was a fully collaborative process which engaged everyone within the organisation. We believe that this has been key to the project’s success,” concludes Reiner.